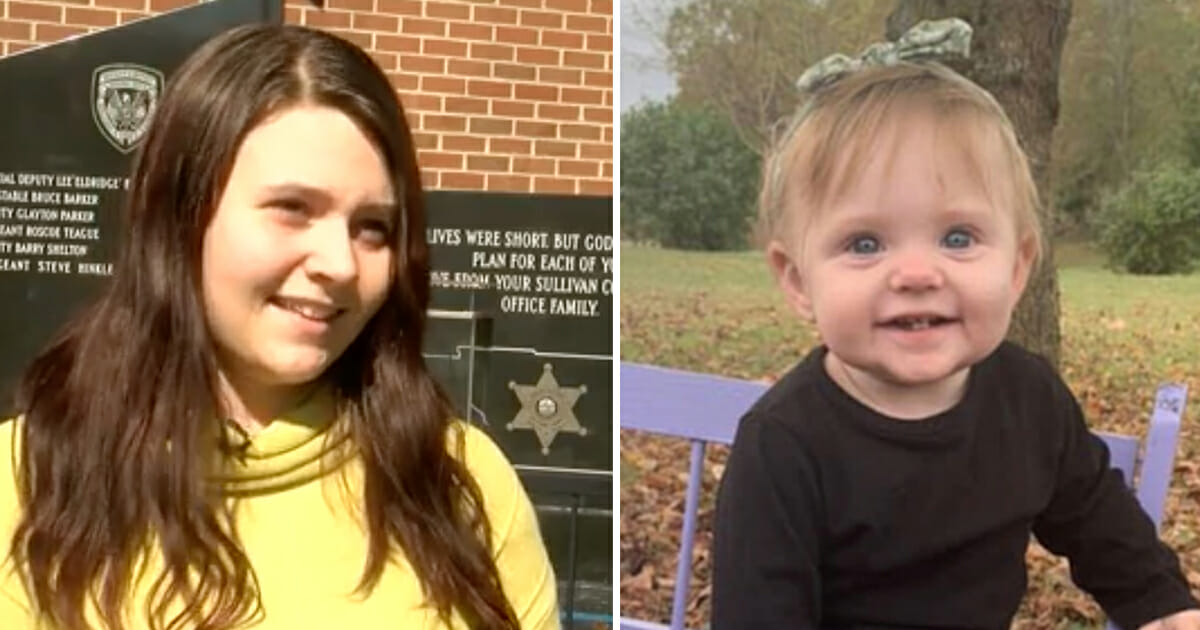 The case of Evelyn Mae Boswell continues to confound and confuse people across America, with her mother now having said that she knows who has the missing toddler.

As per the Tennessee Bureau of Investigation, she was last seen in December, while police say her mother, Megan “Maggie” Boswell, has given them “conflicting and inaccurate” information about her whereabouts.

Authorities were first made aware that Evelyn was missing when her grandfather said he had not seen the toddler since the holidays.

Speaking to WCYB News 5, however, Maggie Boswell has explained why she didn’t report her young daughter as missing.

“Well the reason I didn’t report it or anything was I knew the person who had her, and I didn’t want them to run away with her,” Boswell said.

“And as soon as they thought anything was going on they just kinda vanished. So I’m just kinda worried, you know, about where they are at. What they’re doing with her at this point in time.”

Thus far, two people have been arrested in relation to Evelyn’s disappearance. William McCloud and Angela Boswell were located on Friday in a 2007 BMW, a vehicle authorities had already determined was one of interest.

“The gray BMW has been located in Wilkes County, North Carolina, along with the individuals that authorities were hoping to speak with concerning Evelyn Boswell’s whereabouts,“ the Tennessee Bureau of Investigations said in a statement Friday night.

Boswell declined to name names to News 5, but said that Evelyn had been with a babysitter who she trusted while she herself was at work.

“In a way I knew that as soon as anything went down, this person was going to disappear — and they have,” she said. “And they have tried to find them. They won’t answer phone calls. They just kinda disappeared.”

Authorities are said to be skeptical of Boswell’s story, having stated that a lot of what she’s saying doesn’t add up.

Evelyn’s AMBER Alert describes her as being 2 feet tall and weighing 28 lbs. She has blonde hair, blue eyes and was last seen wearing a pink tracksuit, pink shoes and pink bow.

Anyone who has information about Evelyn’s whereabouts is urged to call the Sullivan County Sheriff’s Office at 423-279-7330 or the TBI at 1-800-TBI-FIND.

I really hope they get to the bottom of this soon. I pray that Evelyn will be found safe and sound, and that she can return home.

Share this article to help the search for this poor baby girl.