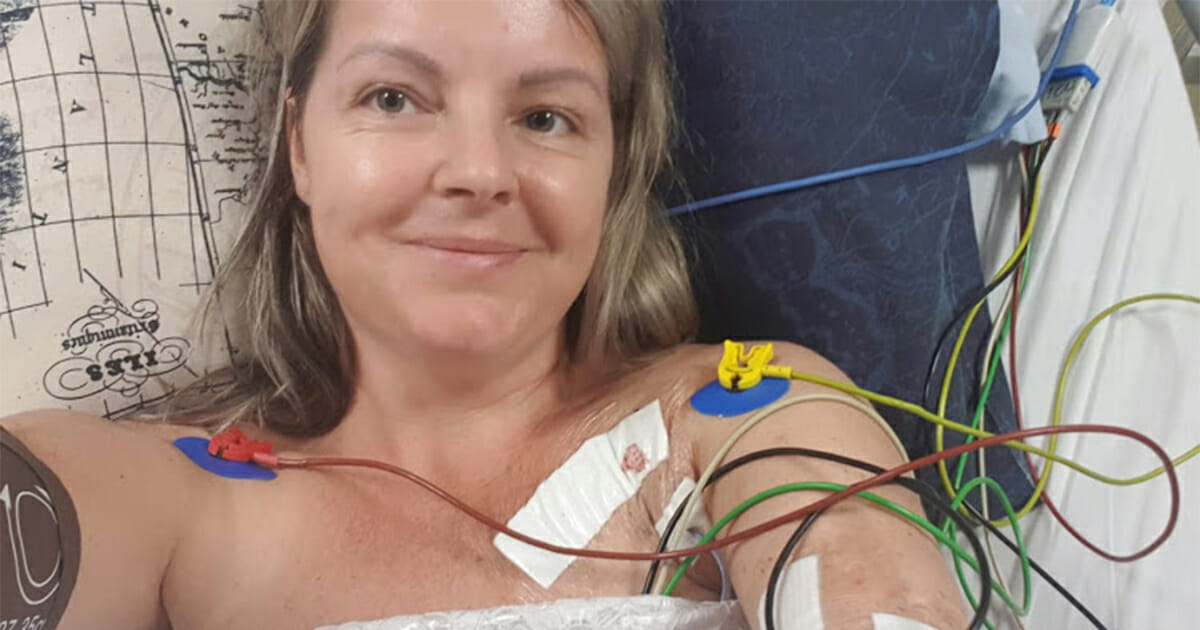 Cheree Mc Ewen has spent the last six years fighting stage 4 cancer, but now finds herself locked in a battle with coronavirus as well.

According to reports, Cheree moved last year so she could be closer to the hospitals and help to grow her business so she could afford her treatments.

The mom of two recently journeyed to Johannesburg, South Africa for two invasive surgeries undertaken to remove more than 20 tumors from her body at Mediclinic Morningside.

Unfortunately, while she was there, the hospital had an outbreak of COVID-19 and had to be closed after no less than 88 people there tested positive for the virus.

Doctors decided to test Cheree as a precaution before she was due to be discharged three weeks ago. They reasoned that she had been exposed to the virus and so was possibly infected. At the time, however, she tested negative and was allowed to leave.

When she arrived back in East London, South Africa, Cheree’s health began to deteriorate. She put it down to the effects of her surgery in the beginning, but after developing a severe cough was tested once more for COVID-19.

On Sunday morning she was contacted by her doctor, who informed her that she was, in fact, positive.

Cheree is currently self-isolating at home and told DispatchLIVE that breathing was both painful and difficult. Even so, she remains upbeat.

We’re all with you, Cheree! Here’s to hoping and praying that you pull through both of your battles ❤️

Share this article on Facebook to send love and prayers where they’re needed at this difficult time.