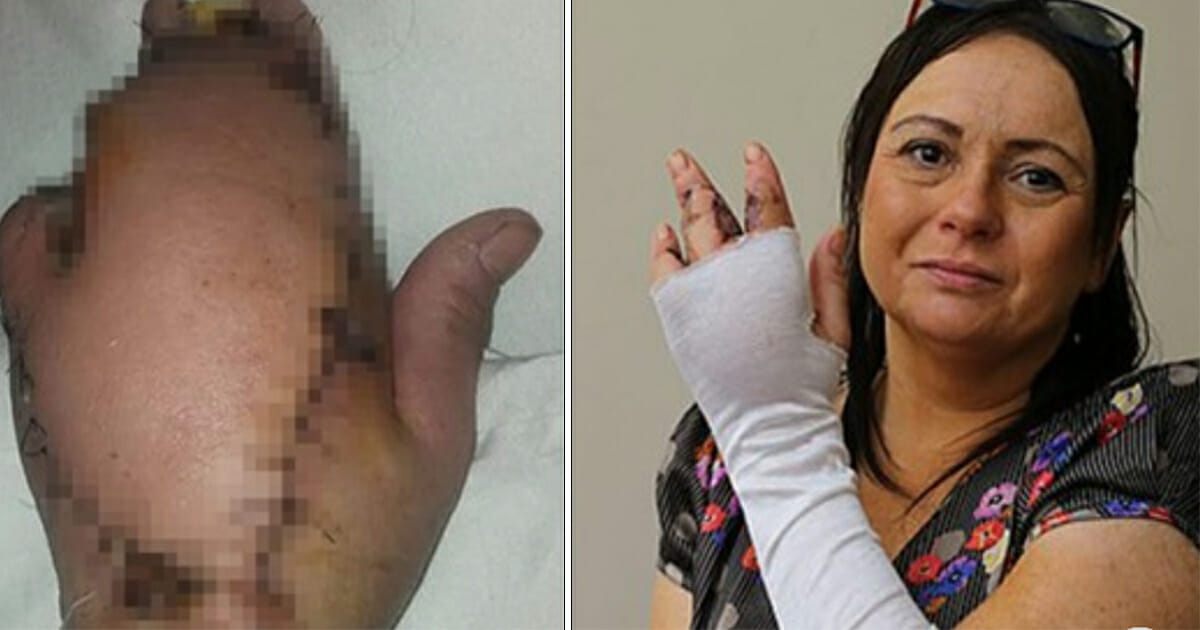 Ever been out in the street and stroked a cat or dog? Of course you have; it’s something virtually all of us have done at one point or another in our lives.

More often than not, if a cat approaches me, I’ll run my fingers through its fur and maybe give it a little rub. I’ve never really considered the associated dangers, if I’m honest; never really given though to what might happen if said cat isn’t friendly.

That’s certainly going to change after hearing Moira Brady’s story. The 45-year-old was scratched by a stray cat when attempting to break up a cat fight taking place on the trampoline in her garden.

She ended up losing a finger and almost dying because of it.

Moira Brady thought very little of the scratch dealt unto her by a stray cat in her garden. Sure, it had broken the skin, but all in all it didn’t seem like anything to worry and fret over.

Until one of her fingers began to turn blue and her hand began to swell a few days later.

Around a week after the incident, Brady decided to contact a doctor. After running tests, they told her she had been infected with methicillin-resistant Staphylococcus aureus (MRSA).

EMedicineHealth describe MRSA as resistant to antibiotics. So much so, in fact, that some call it a “superbug”.

In an interview with Evening Times, mom of two Brady said: “They asked me if I had been near animals.”

To halt the spread of the infection, a finger from Brady’s left hand had to be amputated. She also spent a month in hospital in Glasgow, Scotland whilst she underwent two skin grafts and a blood transfusion.

“The infection went right through my body,” Brady said. “The surgeon stayed five and a half hours after his shift to save my life and I had to have a blood transfusion.”

Problems for the future

Though the immediate danger may have passed, the injury has left Brady struggling to return to normal life. Not only that, but she still faces the prospect of yet more surgery in the future.

Even so, Brady counts herself lucky to be alive. “The doctors had to take half of my finger off and then took the rest of it off. They said I could have died or lost my whole hand.”

Frightening indeed! We’re sending prayers in Moira Brady’s direction as we wish her a speedy recovery.

Please help us warn people over a danger they might not know even exists, by sharing this article on Facebook.