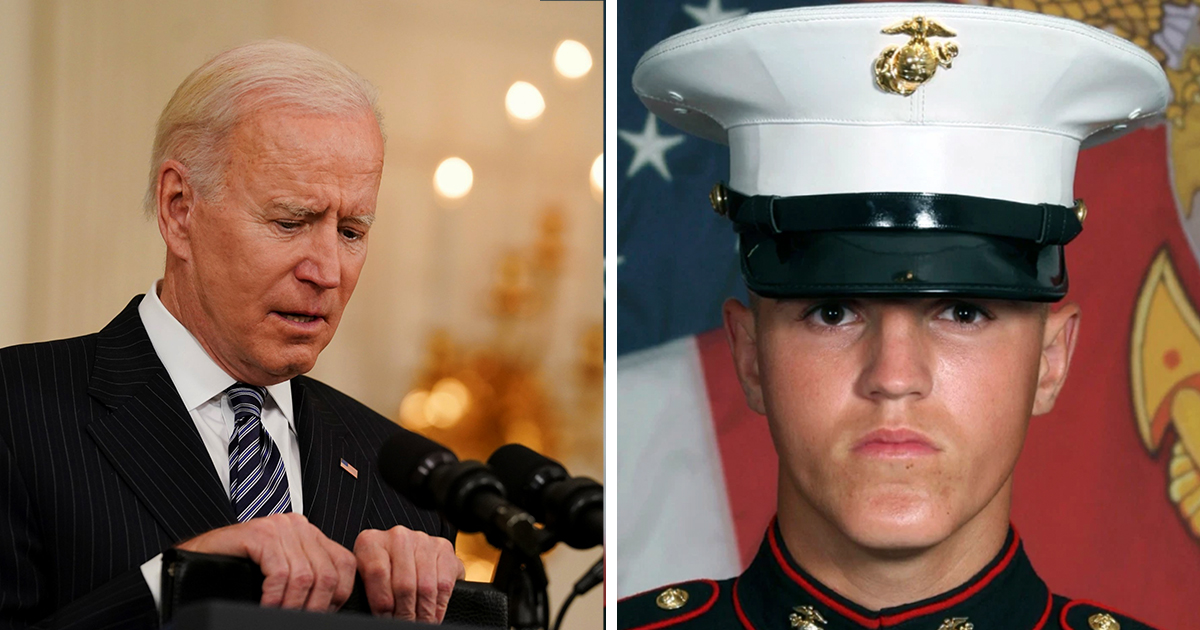 The mother of one of the U.S. victims in Thursday’s bombing outside of the Kabul airport in Afghanistan has claimed that her son was killed by Americans who voted for President Biden.

The world watched in horror last week as 13 U.S. service members, along with over 100 Afghans, were killed when suicide bombers attacked Kabul airport.

Among the aforementioned service men and women from the U.S. was 20-year-old Rylee J. McCollum. His mother, Kathy McCollum, told talk show host Andrew Wilkow that she blames “dementia-ridden” Joe Biden for her son’s death.

Mrs McCollum said: “Twenty years and six-months-old, getting ready to go home from freaking Jordan to be home with his wife to watch the birth of his son, and that feckless, dementia-ridden piece of crap just sent my son to die.

“I woke up at 4 o’clock this morning. Two Marines at my door telling me that my son was dead.

“I just want all you Democrats who cheated in the election, or who voted for him legitimately, you just killed my son,” she went on.

“With a dementia-ridden piece of crap who doesn’t even know he’s in the White House, who still thinks he’s a senator. So, I’m gonna try to calm down. Sorry.”

Rylee McCollum from Bondurant, Wyoming, was on his first deployment when he was killed in the terror explosion at Kabul airport.

As per reports, 180 people lost their lives as the U.S. and allied forces try to evacuate people from Afghanistan in the wake of the Taliban’s takeover.

ISIS-K has been blamed for carrying out the attack.

At the weekend, a U.S. airstrike prevented what could have been another disaster, by killing a would-be suicide bomber close to Kabul airport.

In the wake of the first bombing, Joe Biden told how he still believes trusting the Taliban during the evacuation process was not a mistake.

The group condemned the attack on the airport, and Biden promised that those responsible would pay.

At a White House press conference, Biden was asked:

“There’s been some criticism, even from people in your party, about the dependence on the Taliban to secure the perimeter of the airport. Do you feel like there was a mistake made in that regard?”

The President went on to add:

I don’t know about you, but my heart bleeds for all those who are suffering as a result of what is happening in Afghanistan right now.

Please, share this article to send thoughts and prayers to the families of the brave US service members who have lost their lives.