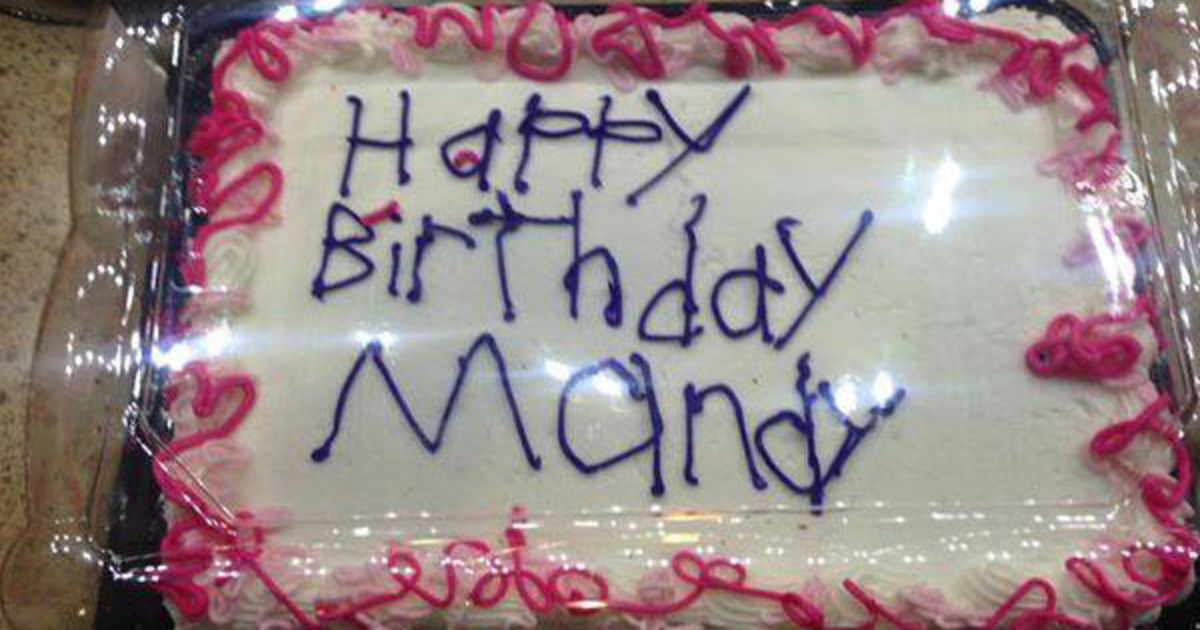 Life is full of surprises, but when you’re ordering a birthday cake with a personalized message on it, you don’t expect anything out of the ordinary to happen. So when Lisa Aldrich went to pick up the cake, she got a shock, especially when she found out who decorated it.

The Michigan native was so moved by the experience that she decided to share her story on Facebook—and it has since been shared more than 150,000 times.

Lisa Aldrich, a mother of three from Michigan, needed a cake for an upcoming birthday. So when she saw an attractive cake ad from a local grocery store, she decided to buy one.

Lisa ordered a cake with “Happy Birthday Mandy” written on it. But when she went to pick it up, Lisa was surprised, to say the least, to see that it didn’t look at all like the ones in the ad.

The writing on the cake was scratchy and uneven with a large gap on the right side. Lisa chuckled when she saw it, but accepted the result.

“I nervously laughed and headed to check out — it didn’t really matter to me that it looked so bad — I thought people would think it was funny,” Lisa writes on her Facebook page.

The cashiers at the self-checkout were less satisfied. They called a manager and other staff members to look at the cake and offer Lisa a new one. But Lisa couldn’t understand what the commotion was about—until one of the staff members put his hand on her shoulder and told her that the girl who decorated the cake has autism.

“Thank you for smiling and thanking her — even though she’s not supposed to write on cakes, you probably made her day,” said cashier.

Lisa was so moved by the event that she wrote about it on Facebook. Now, her post has been shared more than 150,000 times, and the positive comments have poured in. Lisa doesn’t think she did anything special, and she just hopes that others to try to be a little nicer to each other.

If this story also made you smile, please share it with your friends and family on Facebook.