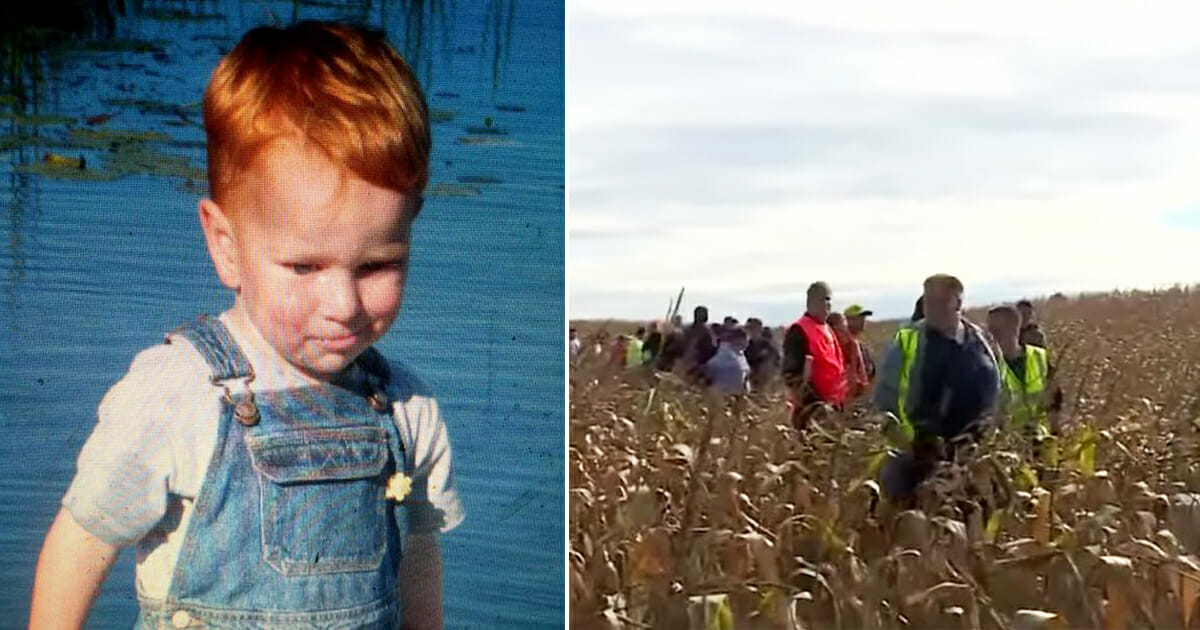 3-year-old Dyton Logalbo was playing in the garden one day, his mother watching him as he did the things young children usually do.

Things took a turn for the worst, though, when Dyton ran out of his mom’s sight and disappeared into a nearby corn field.

What had been a lovely afternoon ended up in sheer, unadulterated panic – the search for the 3-year-old would be an extremely dramatic one.

It was an ordinary Saturday afternoon when 3-year-old Dyton was out playing in the garden behind his home. His mother was keeping an eye on him as she did the gardening, but was too late in trying to prevent him from wandering into a nearby field.

What had been a calm and beautiful day was quickly flipped on its head.

Disappeared without a trace

Dyton had disappeared into a large corn field behind his house, and there was no trace when his mom went looking for him. She’d called for him to try and stop him getting lost amongst the corn, but the youngster ignored her. With the boy not answering, she searched the corn, panic-stricken, only to come to the sickening realisation that he was nowhere to be found.

Immediately, his mother was overcome with worry. Corn fields are known to be thick, and when the corn grows high (the corn in this particular field was 7 feet tall) it’s almost impossible to see anything further than a few metres in front of your face. She called the local police chief, who in turn launched a search for Dyton. The boy needed to be found, and soon.

Firemen, drones, dogs and two helicopters were scrambled in the rescue operation, but after several hours they still had no sight of Dyton. The news of his disappearance spread quickly, and before long 600 people were involved in the search.

They scoured the corn field looking for him. 20 hours later, they would make a sudden discovery.

A volunteer going through the field saw a leg appear from a thicket. The man, one Tom Andraschko, took a closer look … and there was 3-year-old Dyton, sitting alone, afraid and vulnerable.

“[I’m] Just glad that he was sitting up, and he looked safe, and he was fine. He was just scared. Very scared,” Andraschko said, as per the Washington Post.

Dyton was given water and food before being taken to hospital. He was cold and terrified after such a long time on his own, but was unharmed.

The search, which lasted more than 20 hours and had been a constant nightmare for the Logalbo family, finally came to a fortunate conclusion.

You can watch the news report below:

Please share this article as a reminder for people to always take the greatest of precautions when it comes to small children. They can – and will – wander off if given the chance. We’re just thankful little Dyton was found before things became even worse.