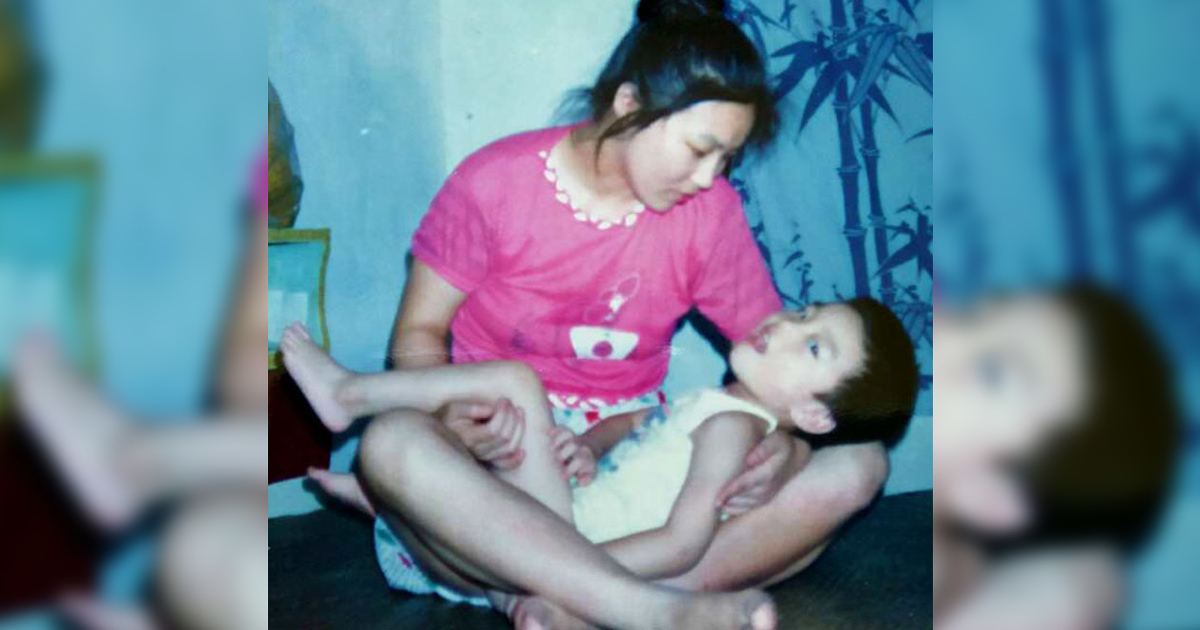 Despite getting a rough start in life, Ding Ding had someone in his corner who never stopped fighting for him: his mom.

Ding Ding was born 29 years ago in central China. During childbirth, he almost suffocated due to a birth complication and was soon diagnosed with cerebral palsy.

The doctors advised Ding Ding’s mother to give him up because he’d probably grow up either disabled or with low intelligence. His father agreed and pleaded with his wife to give up the child. He thought Ding Ding would be a burden for the whole family, according to the South China Morning Post.

But Ding Ding’s mother, Zou Hongyan, refused to give up on her son—and 29 years later, Ding Ding has proven everything that the doctors and his father said about him wrong.

Zou Hongyan decided to divorce her husband and raise Ding Ding on her own. It was difficult financially, but Zou was able to support herself and her son with a full-time job and two part-time jobs.

Zou devoted all her free time to her son. She brought him to his physical therapy sessions and played games and did puzzles with him in an effort to sharpen his intelligence. She was determined to help Ding Ding grow up and do big things, despite his cerebral palsy.

“I didn’t want him to feel ashamed about this physical problems. Because he had inferior abilities in many areas, I was quite strict on him to work hard to catch up where he had difficulties,” Ding Ding’s mom said.

She insisted, for example, that her son learn to eat with chopsticks, although it was difficult for him.

And Ding Ding’s mom’s hard work paid off. Today, her son is 29 years old and studies at one of the world’s top schools: Harvard University.

Ding Ding says he has his mother to thank for his academic achievements and his success in overcoming many physical obstacles.

While Ding Ding is studying in America, his mom is staying behind in China. Ding Ding misses her a lot and describes her as his “spiritual mentor.”

Nobody believed in Ding Ding, not even his own father. But thanks to his mother’s determination and dedication, Ding Ding has been able to go further than most of his peers.

Ding Ding’s story proves that nothing is impossible if you only work hard! Share if you were inspired by his success!