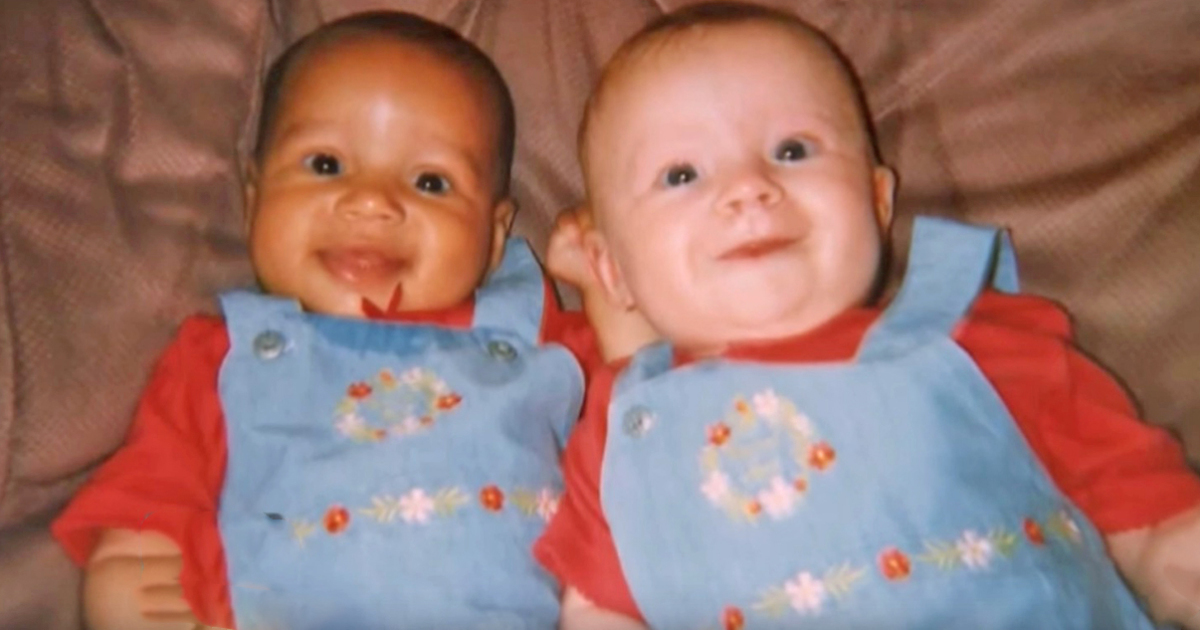 Donna Aylmer cried with joy when she learned that she was expecting twin girls.

But after the delivery, she took a serious look at her newborn twin girls.

One of them, Lucy, was born with red hair, blue eyes and a pale, freckled complexion. The second one, Maria, was born with brown skin, brown eyes, and dark curly hair.

Everyone in the family was shocked when they visited Donna and saw the very different-looking fraternal twins for themselves.

As you can see in the image below, the difference between the adorable twins was huge from the beginning.

The entire situation puzzled mother Donna and numerous others – but the scientific explanation is quite simple.

Genetically speaking, mother Donna has genes composed of both light and darker features, resulting in one twin having pale skin, with the other having darker skin.

Unfortunately, their difference in color led to bullying and a tough upbringing, especially for Lucy. Many simply didn’t believe the two were related, let alone twins.

“They thought I was adopted and called me a ghost,” says Lucy, with tears in her eyes.

Maria, for her part, wished she was more like Lucy during her childhood.

“I used to cry often. I had curly hair, I wanted my sister’s beautiful, red hair,” she says.

Today, the two girls are very different – both physically, but also in terms of their personalities. Maria is outgoing and interested in fashion, while Lucy is more reserved and likes art.

Looking the girls today, at 18-years-old, their difference in appearance is striking. It wasn’t until 2015 that the girls went public and spoke about their journeys.

But while the two are opposites in so many ways, they’re as close as twins can be. The twin sisters are best friends and have learned to love themselves and their differences – with pride.

“If I have children one day they may look like Lucy,” Maria says proudly.

Although they look very different and no longer dress the same way, I do think they share the same beautiful smile.

It’s so wonderful to see these two lovely young women today! Despite some setbacks, they seem to have such a great outlook on life.

This is also great proof that what we look like on the outside matters so little – it’s the inside that counts!

Please share Lucy and Maria’s story on Facebook – it’s a great reminder that we should never judge people based on what they look like or the color of their skin.