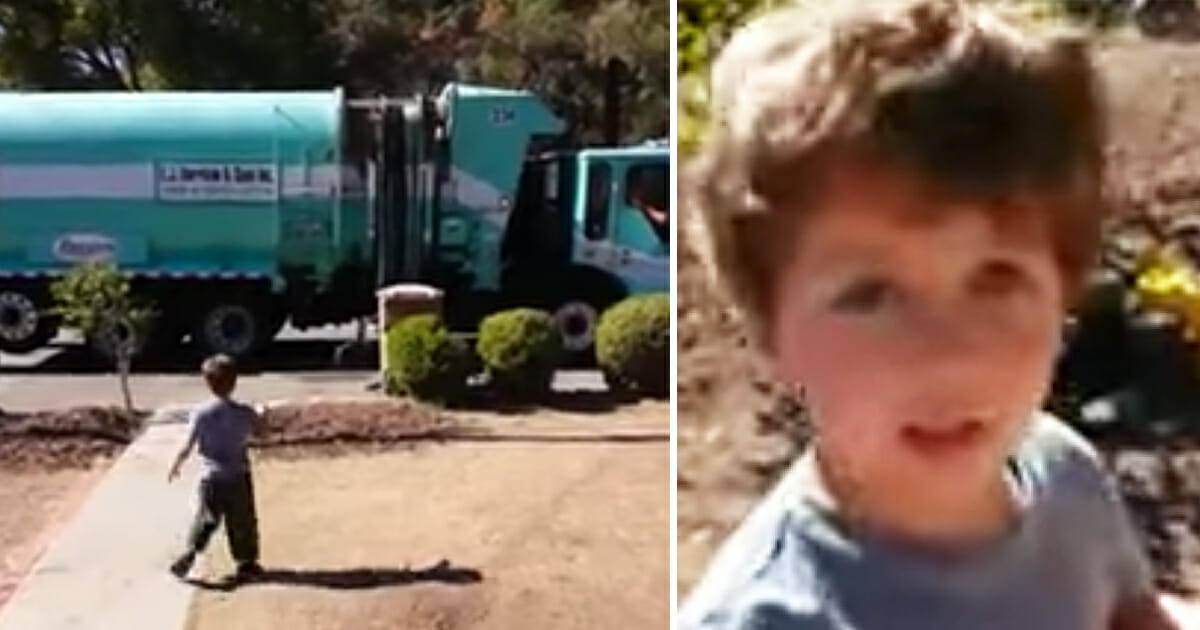 It seemed a Monday morning like any other when 5-year-old Daniel Mulligan went out to his garage.

Along the way, he spotted a garbage truck that was driving along his road. It pulled to a stop outside his house.

When Daniel’s mom saw the waste collector get out his truck and walk towards her son, she realised what was about to happen …

5-year-old Daniel Mulligan has a rather special, if not slightly peculiar, interest.

He loves garbage trucks and watching as trash is emptied from outside his family home in Ojai, California, USA.

Daniel usually watches with great enthusiasm as the waste collectors go about their work. Each week they come around to empty trash into their truck, and each week Daniel finds it every bit as exciting as the last.

To put it plainly, he loves the process. According to Daniel’s mom, Robin Newberger, as per SF Gate, garbage collection is like a “symphony” to him.

But one particular Monday was different for Daniel. It began when waste collector Manuel Sanchez parked the truck right in front of the boy’s house.

Over time, Daniel and Manuel had forged a friendly bond. Every time he drove past Daniel’s house, he waved out the window and gave the boy a smile.

This Monday was different, though, although Daniel didn’t know it when he went out to meet Manuel as usual.

Little did he know, Manuel had something else planned.

When Manuel stopped his truck, he asked Robin if he could give Daniel a gift. He jumped out and handed Daniel a big bag. In the bag was a toy car. More specifically, a miniature garbage truck.

Manuel had been told that Daniel used to have such a toy, but that it had been broken. With his kind gesture, Manuel gave Daniel the ability to continue playing.

Manuel bought the toy with money from his own pocket. When his company found out, his manager decided to buy Manuel a restaurant gift card, as thanks for his act of selflessness. A true hero, Manuel is!

Manuel deserves to be celebrated for his kind gesture. Share this post to pay tribute to him!