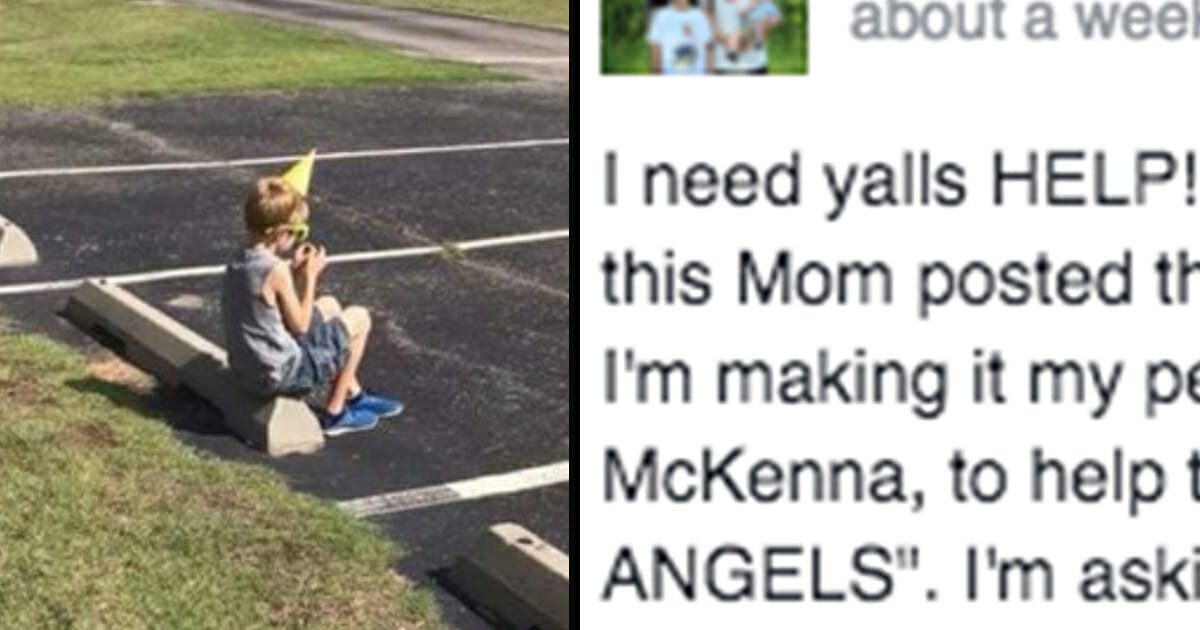 One of the hardest parts of being a parent is witnessing your child sad or in pain and knowing there isn’t anything to be done about it.

Despite what kids believe, there are some things their moms and dads just have no control over. Take, for example, organizing a birthday party for your young son, only for none of his friends to turn up.

That’s exactly what happened to one mom. Melissa Spain Dial’s message to share went viral after one of her friends posted a heartbreaking picture of her son, Kevin, on his birthday. The little boy, who suffers from autism, was pictured sitting alone in a car park, an hour after his classmates had all failed to attend his party.

The picture, and message to rally in a bid to make it Kevin’s best birthday ever, quickly went viral, garnering tens of thousands of shares.

The original caption read: “When your soon to be 9 year old autistic son invites his whole class to his birthday party that started at 3 and it’s after 4.”

I need yalls HELP! I'm in a breastfeeding support group with ladies from all over the world. Today this Mom posted the…

Dial added: “I’m making it my personal mission … to help this little boy have the best birthday he has ever had. I’m asking for you all to send him cards, letters, gifts, whatever you can afford.”

A Facebook page titled “Kenna’s Angels” was soon established, and on it pictures and videos have been posted detailing the response.

Fortunately, the internet proved just why it can be so good a tool, with people clubbing together to ensure Kevin had a truly unforgettable experience. Scores of cards rolled in from all over the country, with the people of Facebook wishing Kevin well on his big day.

Even after the boy’s birthday has come and gone, presents and well wishes continue to pour in.

Pictures of the boy opening his goodies started making their way back to Dial, and the result was epically heartwarming. “Guys, I’m bursting with excitement!” she exclaimed.

It goes without saying that no child should have to experience a birthday alone, and we’re so happy that Kevin was given a week to remember.

Share this to show Kevin that the world still loves him, and he’s just as special as any other kid!