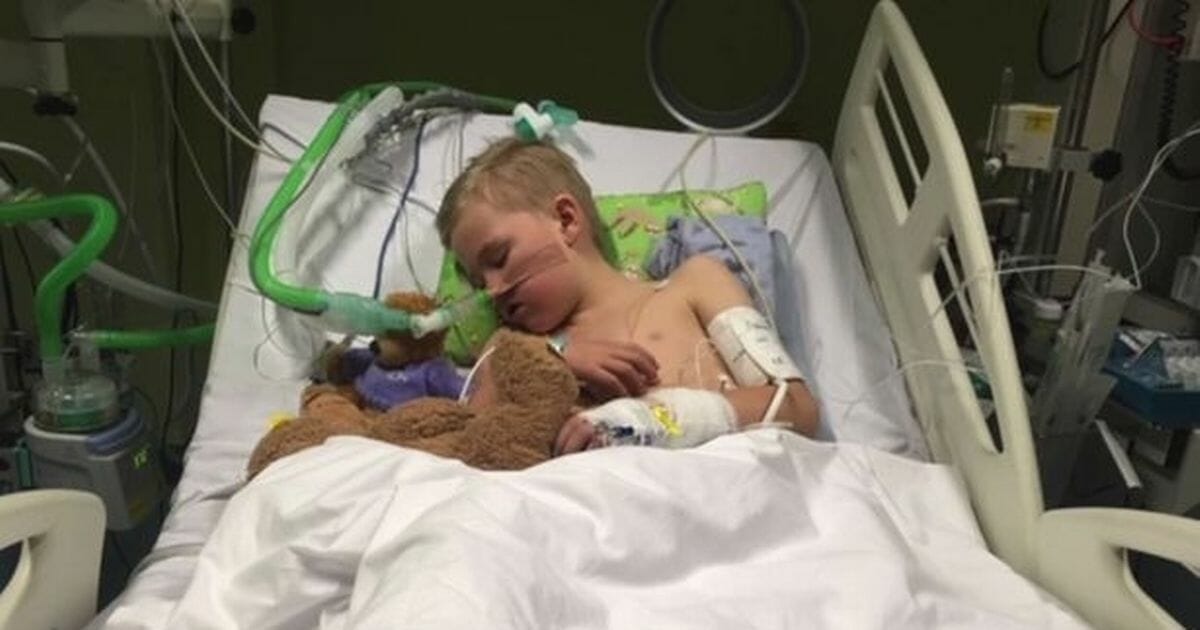 We all fear the day something bad happens to our child, be that through injury or illness.

A stricken mom has now released shocking pictures of her son in the intensive care unit of a hospital, after he was taken ill with the flu.

According to reports in the UK, Henry Ridley came home from rugby one day complaining of a stomach ache.

Little did mom Janine Ridley know that it would threaten to end his life. Now, she wants to issue a warning to everyone.

When Henry returned home complaining of a stomach ache, mom Janine knew she had to keep a watchful eye on him. When he began to burn up and struggle to breathe, she knew she had to get him to the hospital.

After being rushed to the nearest hospital by ambulance, he was diagnosed with the flu.

Fine one day, rushed to hospital the next

Henry underwent surgery, but his condition was so bad that he had to be taken to an intensive care unit, where he remained on a ventilator for three days.

In the wake of the incident, Janine is warning other parents just how dangerous flu can be.

As per the Daily Mirror, she said: “He was fine one day, playing rugby, came home with a tummy ache. We put him to bed with paracetamol and ibuprofen.

“The next day he was really poorly, very hot, struggled breathing, so we called an ambulance and within a few minutes he had been rushed to hospital.

“It was really scary. They couldn’t look after him in our hospital so they transferred him to Bristol paediatric intensive care unit, where he was on a ventilator for three days.

“But he was really lucky and did recover really well, enough to come back to our local hospital where he stayed for another two weeks.

“We had lots of physiotherapy, getting him to breathe again. He couldn’t stand up, he couldn’t walk.

“He’d gone in a few days from being a fit, healthy eight-year-old boy to not being able to walk down the corridor, it was really sad.”

It should go without saying that any child who appears to be suffering from the flu should be monitored carefully. Parents who have concerns or are unsure over their child’s health are urged to always seek the proper medical attention.

Please help us get Janine’s message out there by sharing this article on Facebook.

You never know, it could save a life.