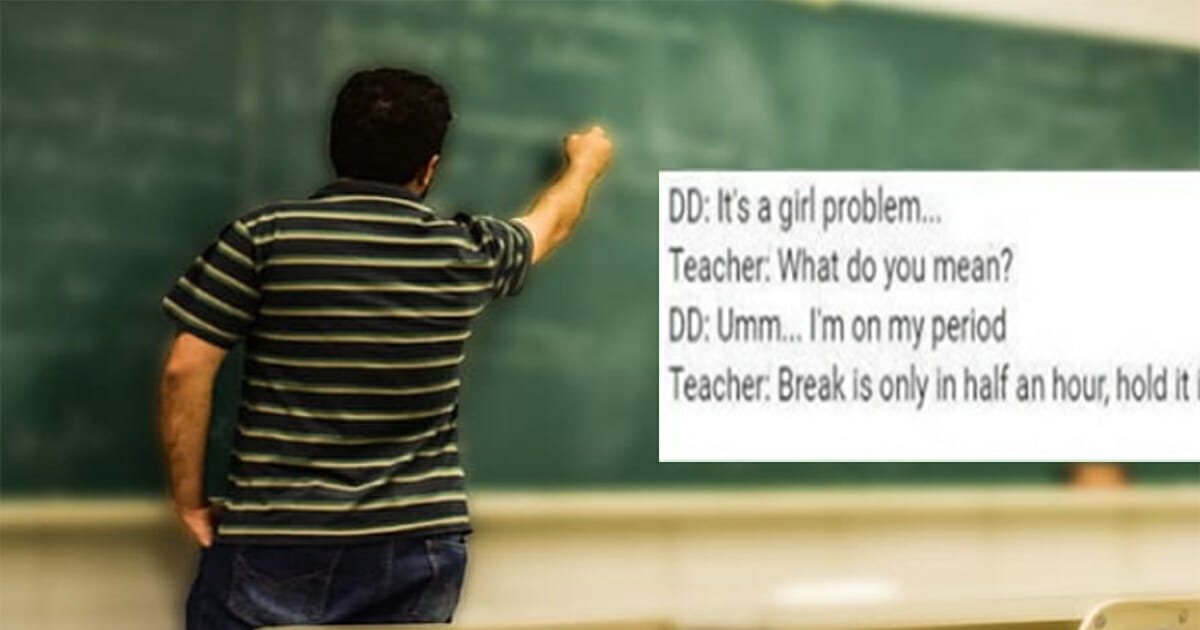 The menstruation cycle of women can sometimes be a touchy subject with men. For reasons us females will never know, certain males get embarrassed when the subject of periods is brought up.

Even so, any male who’s had a mother, sister, girlfriend or wife should know how the system works.

Which is why there will simply never be an excuse for a man to prevent a woman going to the bathroom while she’s on her period. Sounds fairly straight-forward, right? Well, for one male teacher this piece of simple wisdom eluded him.

The shocked mother took to the Mumsnet – a UK forum – message board to reveal her daughter had been told to “hold in” her period.

Appearing under a thread labelled “Am I Being Unreasonable”, the post claimed that the 15-year-old’s teacher told the girl she couldn’t go to the bathroom, and rather that she would have to hold in her period.

As per the mother, the lesson lasted for two hours, meaning the girl had to sit in discomfort for a long time.

Somewhat surprisingly, reactions to the post were mixed. Many people were appalled at the teacher’s response, but there were those who thought he’d made the right call as girl’s can lie about their periods to get out of class.

Personally, I can’t even see how that latter point can be argued. No girl should have to explain herself if she asks to go the toilet, much less if it’s because she’s menstruating. I think this teacher handled things terribly.

What do you think? Was he right or wrong? Let us know in the comments box.

Share this article if you think he made the wrong call.