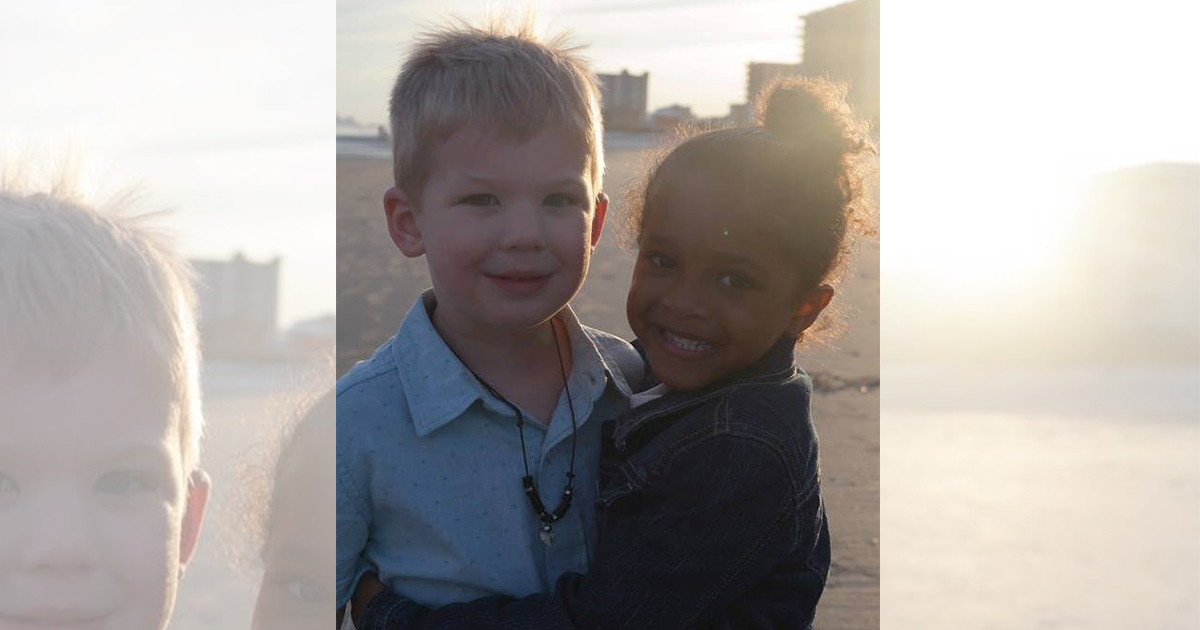 When a mom took a picture of her daughter at the beach, she had no idea her photo would go viral and be shared by thousands of people. The reason? The picture shows something that she didn’t notice at first.

Ayanna Toye Barrows and her daughter were on the beach near their home in southern California when a little boy ran over and talked to them.

The boy and Ayanna’s daughter spoke like old pals, even though they had never met. Soon the boy was showing the girl his shark tooth necklace and then he ran off.

After a while, the boy came back, calling out the girl’s name. The two kids talked some more and Ayanna noticed that they talked like they already knew each other. They smiled at each other, laughed, and didn’t hold back while they were talking.

Ayanna was moved by the way the two children treated each other and she asked the boy’s mother if she could take a picture of the two kids. The other mother agreed and soon the image was shared thousands of times around the world.

“This is a moment that we humans understand as just simply seeing no color lines, no judgement, no race, no hate, no shades. It’s just pure…..two kids meeting on a sunset walk without a care in the world…all they saw was each other,” Ayanna wrote on Facebook, which was later shared on Love What Matters.

Reading some of the thousands of comments that Ayanna’s post received, you can see how much this picture touched people’s hearts. And by now it’s become a symbol of how the world should look.

Sometimes, it’s good to look at the world through the eyes of children—without judgment or prejudice.

We should all treat people the way these two children treated each other on the beach that day. Please share if you agree.