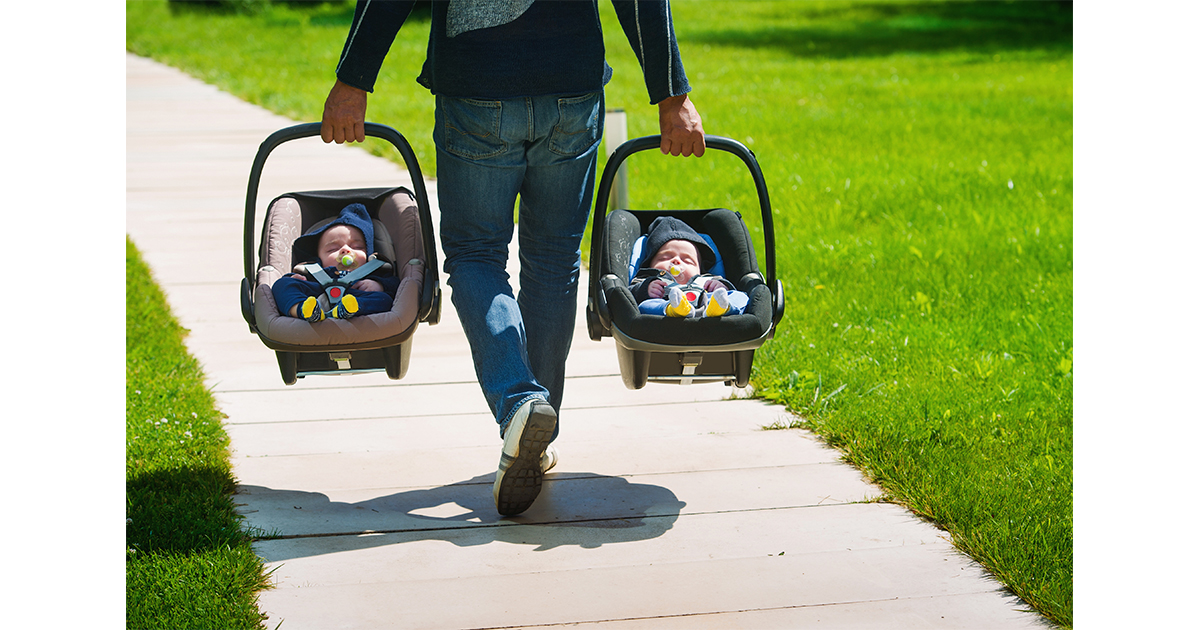 A mom came under criticism after tattooing one of her twin boys so that she was able to easily tell them apart.

As per her own Reddit post, the 31-year-old woman – who remains anonymous – gave birth to twins Sam and Jack after undergoing fertility treatment. The boys are so identical, however, that even their parents have had trouble telling them apart.

Their likeness would be fine but for the fact that Jack was born with a condition necessitating that he receive an injection once a week.

To that end, his mom decided she needed a way to absolutely tell the boys apart from one another, lest she give Sam his brother’s injection by mistake. In fact, her mother-in-law did give Sam the injection once.

The mom explained on Reddit: “She (the mother-in-law) immediately noticed her mistake called 911 and they were transferred to hospital. By the time I got there Adam had been given the reversal agent and they were both happily sipping on juice loving the attention.

“We went home the same night told to push fluids. He was never in danger. Its a very slow acting medication that, at worst, would have given him diarrhoea in a few days.”

And yet the mother-in-law couldn’t forgive herself, and Sam and Jack instead ended up going to daycare. There, a doctor and childcare staff recommended that one of the boys be given a tattoo.

“Explained [to my mother-in-law] they tattoo a freckle, no bigger than the end of a pencil eraser, on an area of skin that’s easily seen while the child is under mild sedation similar to dental offices.

“Because of the area it usually fades in two to three years but by then they should have developed more personal features and may not need it redone. So after discussion with my husband we did it.”

The result was a 2mm brown freckle on an earlobe, but the aforementioned mother-in-law wasn’t happy.

The post continued: “Mother-in-law lost her s*** the second I mentioned a medical tattoo. I tried to explain, but she just freaked out, so I put both kids on the floor and told her to pick up Jack and find the tattoo.

“She picked up Adam so I handed her Jack and after 20 minutes still couldn’t find it. Stripped him to his skivvies.

“I finally pointed it out and she went ‘that’s just a freckle’. I just said ‘my point exactly. Adam doesn’t have a freckle there… So that’s how daycare can tell them apart.”

“She’s still p***ed and ranting. Once I explain to others, and they fail to find it they understand, but they still think I went too far in tattooing my child and altering their body.

“I believe I took the necessary precautions recommended by the doctor and the tattoo will fade with sun exposure and as he grows. By the time he’s five it probably won’t even be visible or it’ll just look like a faded freckle.”

The concerned mom then asked readers of the post if they believed she was in the wrong. The consensus was that she was, in fact, in the right, and that the small mark was a fair price to pay to ensure that the wrong brother doesn’t get the injection again.

What do you think about this story? Is a tattoo such as this one OK under the circumstances?

Personally, I think this mother had every reason to do it. Let us know your thoughts in the comments box.