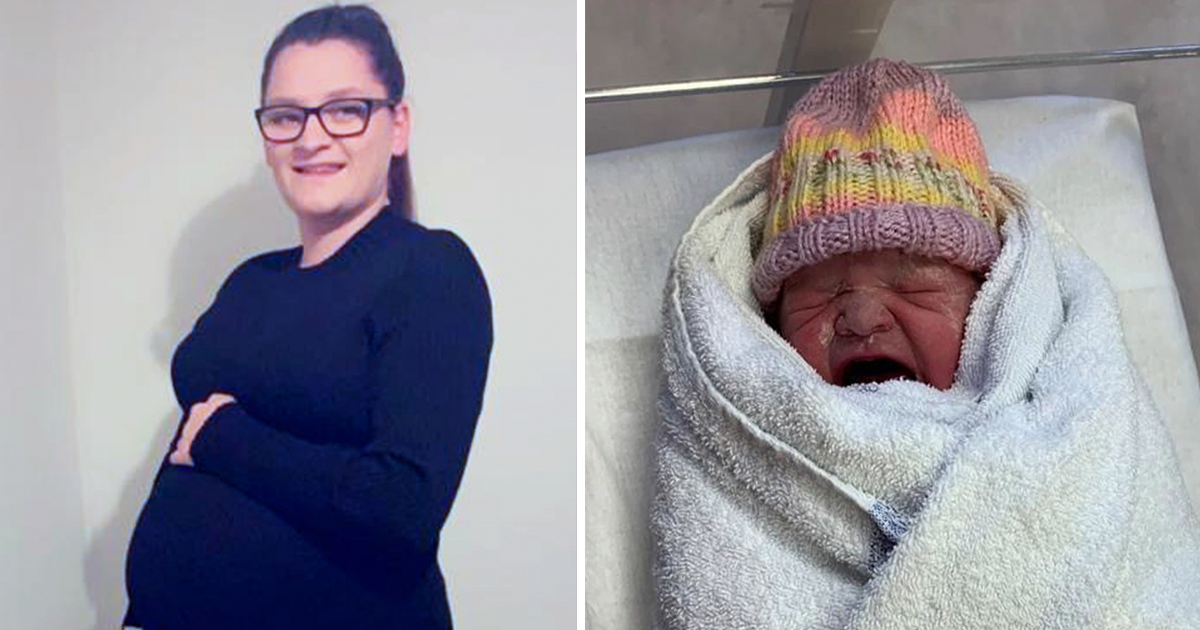 As a parent it goes without saying that we would do anything for our children, but some moms have to do things that go above and beyond to ensure their children survive – sometimes with no guarantee.

One mom-to-be was elated when she was told she was carrying twins but at 25 weeks she was given the devastating news that her baby daughter had died in her womb.

Florence Plant was diagnosed with a condition called twin-to-twin transfusion syndrome which meant her twins had received an unequal amount of the placental blood supply.

Florence’s first thought was to get her baby girls out and try and save Minnie but was told that would be extremely risky for her surviving twin Hettie.

Her identical twin girls shared the same amniotic sac so they couldn’t be delivered separately.

Florence, from Leicester, England, was given the opportunity to end her pregnancy but she chose to continue carrying both girls full term to give their surviving twin Hettie the best chance of survival.

“Knowing that I was carrying around a dead baby for 10 weeks really mentally messed me up. It haunted me all of the time… It was torture,” Florence told The Sun newspaper.

Not only did she have this agony to experience but also doctors telling her they expected Hettie to die or if she did survive, she would have severe brain damage.

‘Waiting for Hettie to pass away too’

“They said it was pretty much a waiting game for Hettie to also die. I could not really see light at the end of the tunnel after this, I thought that whatever decision I made had server risks and I would be judged for it no matter what,” she explained.

“I knew that I wanted to continue with the pregnancy, however, my consultant explains that because I was so young she didn’t want to put me through coming for scans every week while waiting for Hettie to pass away too.”

But against all the odds Hettie survived, born via a planned C-section at 35 weeks, showing that a mother’s instinct is often so much more powerful than any doctor’s diagnosis.

‘We wish her sister was here too’

Florence was advised not to see Minnie and now believes it was for the best not to remember her in a bad way.

Her miracle bundle of joy Hettie celebrated her first birthday in December and her parents are doing all they can to celebrate their daughter while helping to keep Minnie’s memory alive.

“We always talk about Minnie to Hettie, and we often go and visit her grave so that Hettie is aware of her twin sister,” Florence said.

“We are so grateful to be celebrating Hettie on her first birthday because throughout a lot of my pregnancy I thought I was going to end up with no babies, so it is amazing to reach this special occasion, although we wish her sister was here too.”

I cannot imagine the distress that Florence went through carrying her babies not knowing if Hettie would survive. As a first-time mom we often never trust our instinct but ultimately we know best when it comes to our children.

I’m so happy that Hettie not only survived but is thriving. Help us celebrate this baby girl by sharing this story.