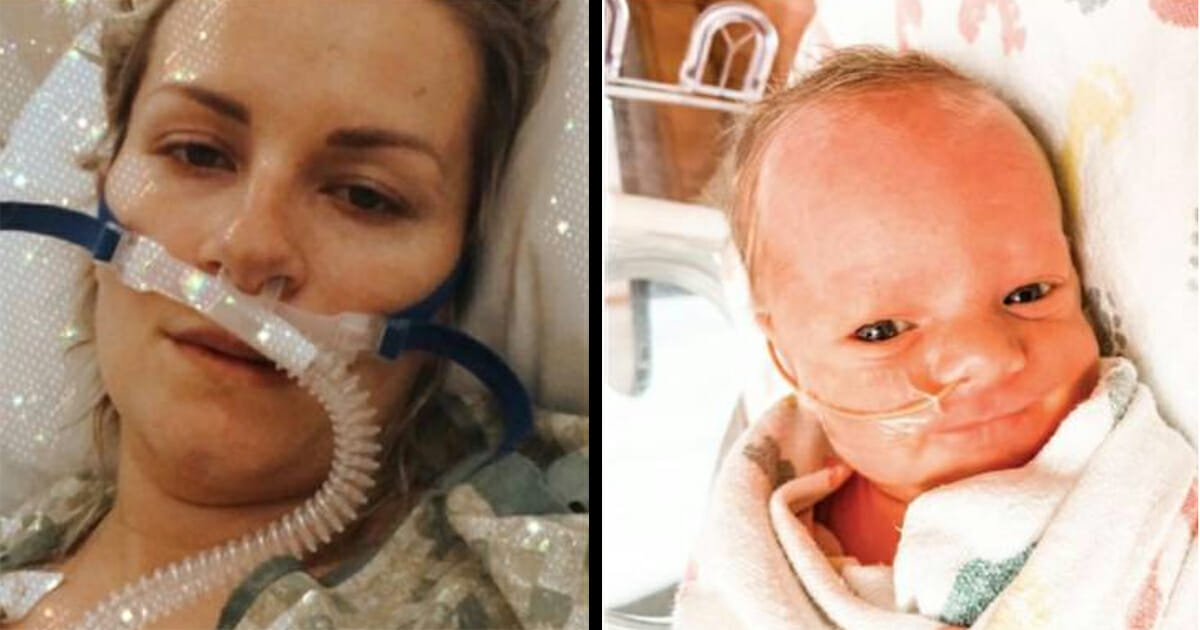 The pregnant woman who was placed in a medically-induced coma after she contracted coronavirus has woken up to learn that she’s already given birth to a preemie girl.

Angela Primachenko, of Vancouver, Washington, was 33-weeks pregnant when she fell ill in late March. Soon enough her symptoms worsened and she ended up in a coma in hospital after testing positive for COVID-19.

With Angela still in a coma, doctors realized that her unborn baby needed to be born six weeks premature. They induced the mother on April 1 and a healthy baby girl was born.

What’s more, doctors tested Angela’s husband, David, as well as her 11-year-old daughter, Emily and her newborn for COVID-19 – all three were negative.

Then, on April 5, despite all the odds and the bleak outlook in the beginning, Angela herself started to improve. As per reports, her family were told that her condition was gradually getting better – she could come off the ventilator.

“Obviously nobody expected that I was going to get that sick, so no, absolutely not, I did not expect to deliver my child,” the mom told Today after waking.

“After all the medication and everything I just woke up and all of a sudden I didn’t have my belly any more. It was just extremely mind-blowing.”

Angela named her young baby girl Ava, and just now the little one remains in NICU’s care. Her mom will have to test negative to two coronavirus tests before she’s permitted to be inside the NICU.

The mom-of-two wants to send a message to all the people out there struggling in light of this pandemic.

“That even in the hardest days and the hardest times that there’s hope and you can rely on God and people and community,” she explained.

“The amount of community and people that were praying for me is just unbelievable. I was blown away, and I’m so incredibly thankful.”

Truly unbelievable! Can you imagine going into hospital pregnant and waking from a coma to find your baby has already been born? It’s a miracle of science and surely a gift from God.

Share this article to send well wishes and prayers to Angela and her little family.