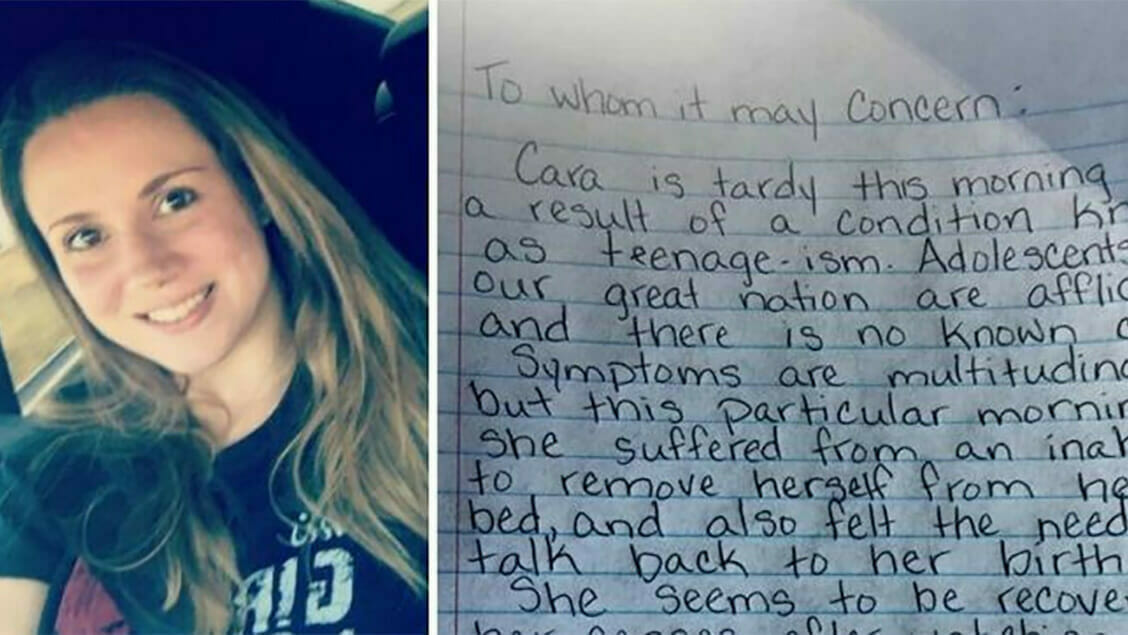 Most of us can hopefully) remember back to our teenage days of struggling to get out of bed, believing the whole world was against us and never wanting to do what our parents told us to do because (some of us) thought we knew it all.

As parents we can feel apprehensive for our kids to become teenagers knowing what we know, but one mom of a teen seems to have taken an attitude that has caused a lot of laughs online due to a letter she wrote and shared which went viral.

Nicole Poppic was working hard to get her three kids out of her northern California home and to school. Her 10-year-old son and 4-year-old daughter were doing just fine but eldest Cara wasn’t being so cooperative.

The 14-year-old had overslept and was not being the most efficient at making up the time.

Nicole told Today that when she finally did get all three kids in the car she noticed that instead of listening to her mom she had put her headphones in.

“That is when I saw that Cara had put in her headphones and was staring out her window, completely ignoring me,” Nicole told Today. “I reached over and took her phone off her lap, unplugged her headphones, and threw her phone out the car window.”

Then Nicole wrote a letter to the school explaining why her daughter was late which read:

“To whom it may concern:

Cara is tardy this morning as a result of a condition called teenage-ism. Adolescents across our great nation are afflicted and there is no known cure. Symptoms are multitudinous, but this particular morning she suffered from an inability to remove herself from her bed, and also felt the need to talk back to her birth giver.

She seems to be recovering her senses after watching her cell phone fly out of the car window.

Please call me if there’s another flare up.

After this savvy, brave mom returned from the school run, she retrieved the phone from her neighbor’s yard and posted a picture of the letter on Facebook. It quickly went viral after more than 30,000 people shared it.

What do you think of Nicole’s note to the school? Share it with your friends on Facebook!