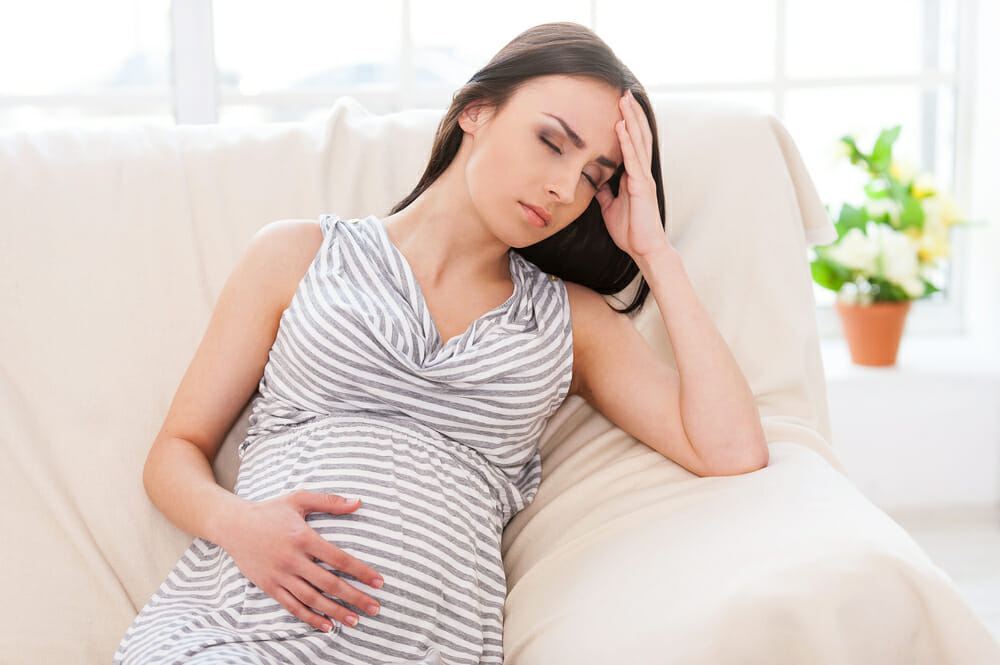 Of all the things I remember about my pregnancy, morning sickness is up there with the most inconvenient. It’s natural, of course, but that doesn’t mean the associated nausea, vomiting, headache and fatigue is welcome.

That said, it would seem that mom’s who suffer from morning sickness ultimately have something of a last laugh. Why? Because there’s a study that claims their children are likely to have higher IQs.

We know, you’re probably sceptical at this stage. Hell, I was too. There’s some credible evidence backing up the theory, however, and you can find it by reading on below.

Not all moms will experience morning sickness when they become pregnant, though a great many of them do. It’s thought that as many as 80-90% of pregnant women go through Nausea and Vomiting during Pregnancy (NVP), and it can prove to be a trying time what with the toll it exacts on your body.

Yet every cloud has a silver lining, or so they say.

A research team let by Dr. Irena Nulman at Hospital for Sick Children in Toronto, Canada found evidence that kids whose moms suffered with morning sickness were often smarter than their peers.

Their study, conducted back in 2009, featured 121 kids between the ages of 3 and 7. The moms of 47 of the kids had experienced morning sickness during pregnancy, whilst 45 had suffered from it but managed their symptoms using dilectin (a Canadian prescription med), and 29 had not had it.

The kids IQs were tested, and those who had mothers who had battled morning sickness had the higher test scores, as well as being more proficient in memory and language. What’s more, the kids whose moms had taken dilectin boasted the highest scores.

In an email written to Reuters Health, Dr. Numan wrote of the study: “nausea and vomiting in pregnancy are not harmful and in fact may enhance favorably children’s long-term.”

It’s certainly an interesting theory given how many women experience morning sickness, and makes me feel slightly better for having put up with it! Of course, all children are the master’s of their own fate, and this doesn’t mean those with mothers who had no morning sickness bear any less potential.

Did you suffer from morning sickness when pregnant? Let us know in the comments box.

Meanwhile, share this article to spread the news with your family and friends if you thought it was interesting.