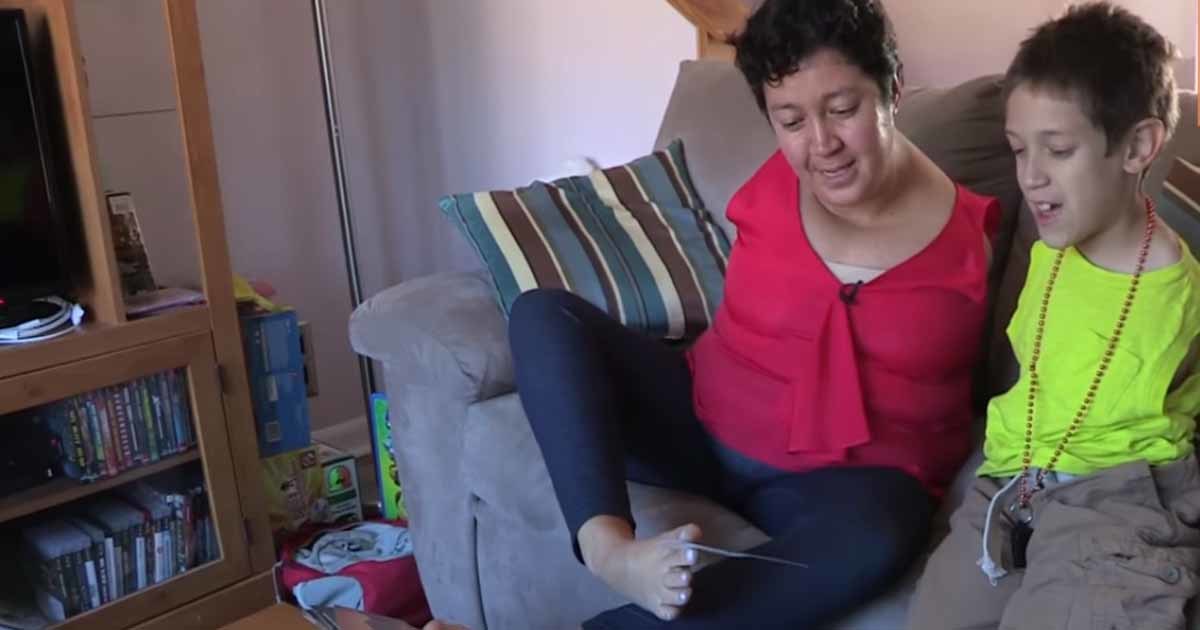 Growing up can be hard at the best of times can be difficult. We’ve all had secret insecurities, fears, and worries, whether they were about school, friends or the future in general.

But Timmy Bannon from Illinois have it tougher than most.

He and his mum, Linda, 35, both suffer from Holt-Oram Syndrome, which means they were born without any arms.

But that hasn’t stopped the pair from living their lives to the fullest – in fact they are more comfortable in their own skins than most people.

Linda was born 35 years ago and it was clear from birth that life had put a couple of barriers in her way.

But she was determined her condition wouldn’t get in her way, and she was intent on having as normal a life as possible.

She met her husband Richard in 2003, before the pair married the next year. And quickly, Linda fell pregnant.

Doctors warned Linda that her condition may well mean that her baby would suffer the same fate.

“Going through all the checkups that parents go through went they’re expecting a baby we were giving the option to terminate the pregnancy, but it was never even a consideration of ours. We want a family; we want to have a baby,” Linda told Barcroft TV.

When Timmy was born, he had heart problems and, like Linda didn’t have any arms. He spent the first two months of his life in intensive care.

But as he grew up, it quickly became clear that Timmy had his mother’s fighting spirit. The pair almost feed off each other in terms of their self-confidence and determination.

They refuse to wear prosthetic limbs and live as normally as possible – cooking, playing video games and even swimming.

Timmy is treated normally at school and doesn’t think of himself any differently. He told Barcroft TV: “I’m just like the other kids. I’m JUST like them. And I’ll be just like them every time of my life.”

Watch Barcroft TV’s video about the pair below:

Please share this story if you think it shows how inspiring people can be, despite all obstacles.