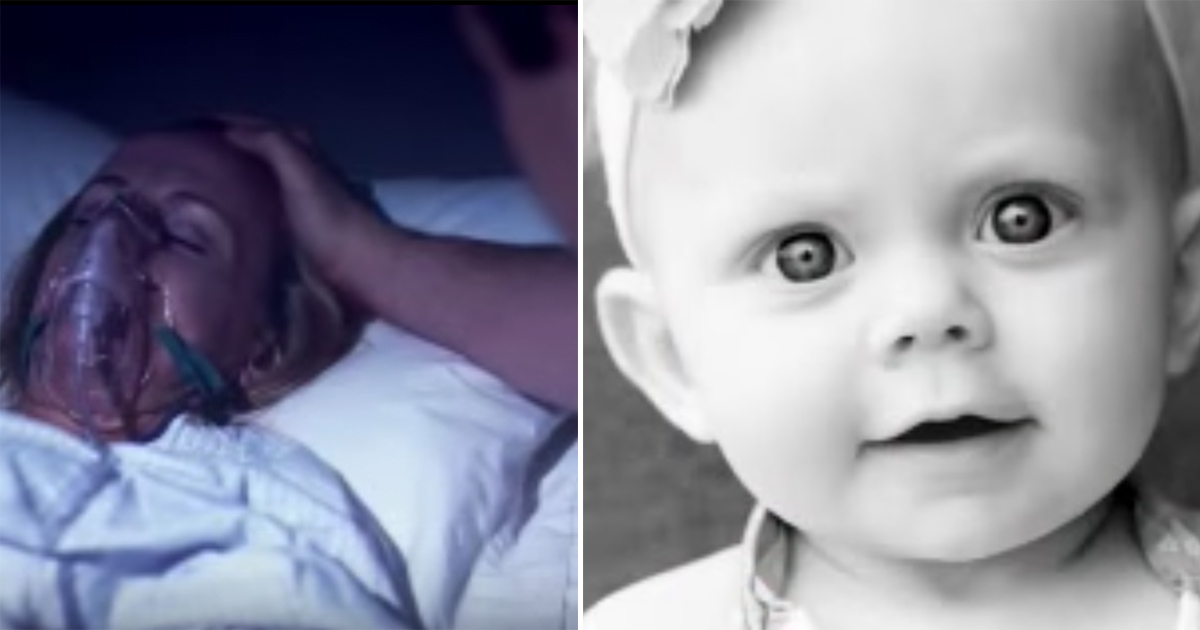 Some things are just beyond our control, such as complications during childbirth. Melanie Pritchard experienced a normal pregnancy without any signs of trouble ahead, but when it was time for delivering her baby, the unimaginable happened. Melanie’s heart stopped and she was pronounced dead.

But someone refused to give up hope… and now the entire internet is believing in miracles.

When Melanie Pritchard went into the delivery room, she was having terrible contractions and had difficulty breathing. It was soon revealed that she was suffering from an amniotic fluid embolism, a rare allergic reaction in which amniotic fluid enters the mother’s blood flow and which can cause the heart and lungs to shut down. The condition often leads to death.

Melanie was dying, and doctors immediately performed an emergency C-section to get the baby out.

When the father saw his daughter for the first time, he was filled with indescribable emotion.

“It was the most bittersweet moment I’ve ever felt in my life. Melanie might not be there. I may have to raise this little princess on my own,” her husband told CBN.

Melanie was pronounced dead, and the doctors asked Doug to say his goodbyes. In despair he leaned over to the love of his life and pleaded, “If you have any fight left in you… then fight.”

Around that time, the incredible happened. Melanie’s older brother, also a doctor, visited the hospital to review her case. It was upon further inspection that it was revealed that Melanie was suffering from internal bleeding as a result of the Ceasarian operation. The doctors had missed this, and took Melanie to the operating room immediately.

Despite the complications, neither Melanie nor her daughter suffered from permanent damage following the birth. Listen to the full, dramatic story below:

Thanks to the doctors refusing to give up hope, father Doug and little daughter Gabriella are living with their beloved Melanie. This moving story shows that hope is always the last emotion to leave us. Please share if you agree.