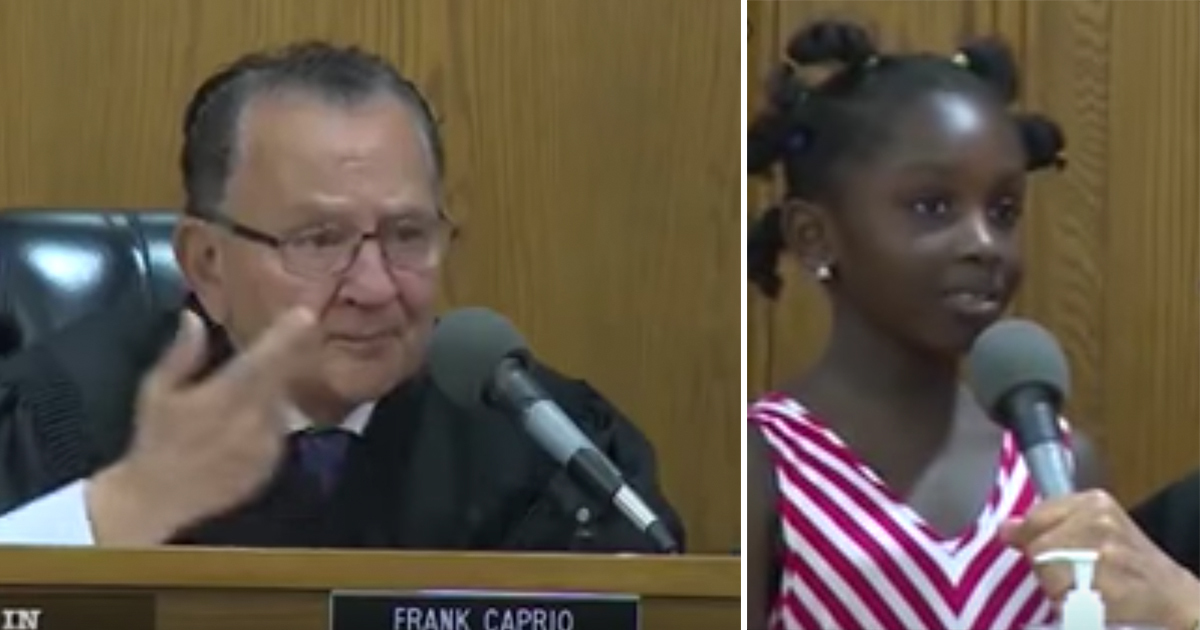 Parking tickets can be a major drain on the wallet, especially when you live paycheck to paycheck and need every penny you have to take care of your kids.

Imagine you have to get something from a relative. You drive over to their house and see there’s a party in their building, so you park your car on the sidewalk. But when you come back outside a few minutes later, you’ve been slapped with parking ticket.

That’s exactly what happened to a mother of two from Providence, Rhode Island when she was fined $100 for illegally parking. She went to court to fight it, but risked having to pay three times as much if she lost. Then, the judge asked the woman’s six-year-old daughter to decide her mom’s punishment.

The mother of two stopped by her cousin’s house to pick something up. There was a party in the building, so she parked in the only available spot: on the sidewalk. But when she went to go back outside, the police were there, presumably to end the party.

And when went outside, the woman saw the $100 parking ticket.

The mom didn’t have the cash to pay the fine, which meant that she had to go to court and risk severe penalties. The trial, however, didn’t go how she expected at all.

While the mother was testifying, the judge called her six-year-old daughter, Janice, up to the bench and asked her how old she is, among other things. Then, he explained what the girl’s mom had done and listed four possible penalties.

No. 4: Give her a break and don’t make her pay anything.

Janice was nervous and wasn’t 100 percent sure about her answer. But then the judge asked her what she ate for breakfast. And when the six-year-old replied that she hadn’t eaten anything at all that day, the judge reached a quick decision.

“Suppose I make a deal with your mom. If she buys you breakfast when you leave, I’ll dismiss it. Is that a good deal?” the judge asked.

The mother’s fine was waived because the judge felt sympathy for her and realized that she wasn’t a criminal.

Please share if you think that more people should be shown compassion when they are charged with committing a victimless crime.