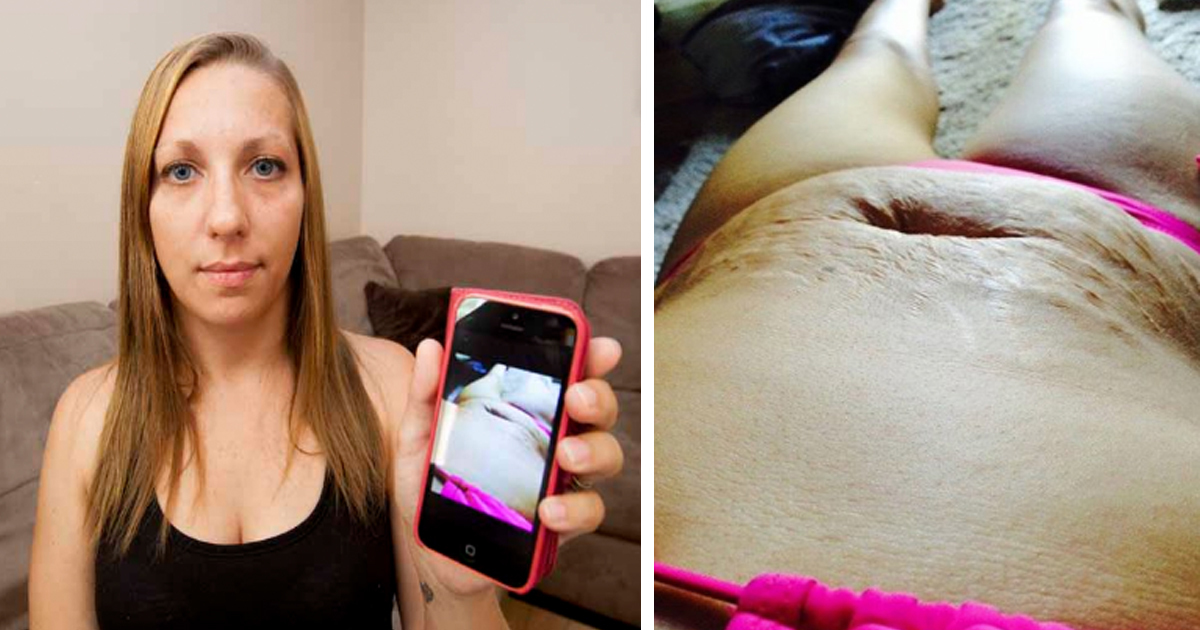 Mother of 5 Tanis Jex-Blake, 33, had not visited the beach in 13 years because she was too ashamed of her body. But she at last decided to get past her insecurities and head for a day of sun and sand – bikini in hand.

Unfortunately, her worst nightmare seemed to come true: Once she got there, she was mocked by other sunbathers. They called her names, pretended to kick her, and called her “disgusting”.

When Tanis returned home, she sat at her computer and decided to write an open letter to those who’d mocked her. The letter has since been hailed by thousands – and when you read it, you understand why!

Canadian Tanis Jex-Blake decided to go down to Alberta Beach in Western Canada for the first time in 13 years. Five deliveries had taken their toll on the 33-year-old’s body and Tanis was ashamed of showing her body off publically. At last she decided to get over her fears and put on her first bikini in years, to prove to herself what a proud mom she was.

But when she came down to the beach, she was mocked by three other beach visitors.

“I open my eyes and two guys and a girl are leering over me pointing, laughing, pretending to kick me while I was sun tanning,” she added.

Tanis was obviously hurt by the bullying, but decided to choose her battles and did not react on the spot. Instead, later that day, she wrote a long Facebook Post addressed to the bullies on the beach. Here is what she wrote:

This is an open letter to the 2 guys and 1 girl who decided to skip work today in Sherwood Park where they were building a house, but instead decided to come to Alberta Beach to relax in the sun, enjoy the water and some beers. I’m sorry if my first attempt at sun tanning in a bikini in public in 13 years “grossed you out.”

I’m sorry that my stomach isn’t flat and tight. I’m sorry that my belly is covered in stretch marks. I’m NOT sorry that my body has housed, grown, protected, birthed and nurtured FIVE fabulous, healthy, intelligent and wonderful human beings. I’m sorry if my 33-year-old, 125 lb. body offended you so much that you felt that pointing, laughing, and pretending to kick me.

But I’ll have you know that as I looked at your ‘perfect’ young bodies, I could only think to myself, “what great and amazing feat has YOUR body done?” I’ll also have you know that I held my head high, unflinching as you mocked me, pretending that what you said and did had no effect on me; but I cried in the car on the drive home. Thanks for ruining my day.

It’s people like you who make this world an ugly hateful place. I can’t help but feel sorry for the women who will one day bear your children and become “gross” in your eyes as their bodies change during the miraculous process of pregnancy. I can only hope that one day you’ll realize that my battle scars are something to be proud of, not ashamed of.

All I can say is, well said Tanis! Share this mother’s message if you agree her response answer was brilliant!