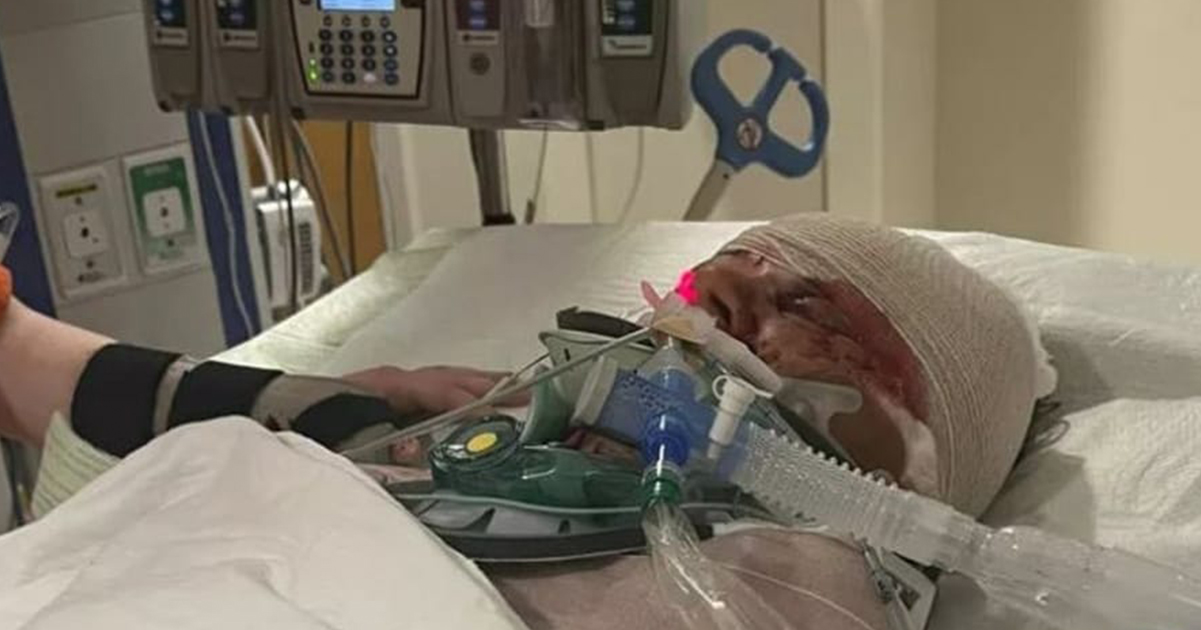 A mother of three from Honea Path, South Carolina, is clinging to life after she was attacked by three dogs while walking home on Monday.

According to reports, Kyleen Waltman was still being mauled by the dogs in a ditch when she was saved by a passerby who fired his gun into the air to get them to disperse.

Kyleen’s sister, Shenna Green, told the Associated Press how the dogs lived on a property with a “Beware of Dogs” sign. The sign had been put up by the owner in response to the dogs behaving aggressively before.

Directly after the attack, Kyleen, a mother of three, was airlifted to hospital. There, both of her arms were amputated and her colon was removed.

At the time of writing, she remains in hospital fighting for her life. Friends and family can do little but wait and pray that her condition improves.

“She didn’t deserve it,” her sister Shenna said. “She was a good person. She helped everybody.”

Kyleen’s other sister, Amy Wynne, set up a GoFundMe page to help with the mounting medical expenses. According to the page, Kyleen may yet have to have her esophagus removed as well.

“She has a long road ahead of her and will need medical and financial help,” the page reads. “Every little bit would help greatly, but please do not feel obligated to donate. Prayers is what we need at this moment. I will give updates. Thank you for taking the time to read my sister’s story.”

Wynne later wrote an update after the money raised had hit $54,000 by Thursday afternoon. At the time of writing, the total currently sits at over $105,000.

“I just want to take a moment and thank everyone for all the prayers and donations,” the update said. “Like I said before there is no obligation I know times are tough, prayers is what we really need.

“That said. Kyleen is still in critical condition but is stable. She still isn’t out of the woods just yet, she will need more surgeries on her body, the dogs attacked her whole being. Initially we thought just arms but as time goes on, the bites are everywhere.

“Please continue to pray and I will give more updates as we are updated on her condition. Thank you and love everyone.”

The owner of the offending dogs, meanwhile, has been identified as one Justin L. Minor.

Minor was arrested by the Abbeville County Sheriff’s Office, and is now facing charges including dangerous animals not permitted beyond premises unless restrained, and a rabies control chapter violation, as the dogs did not have up-to-date rabies vaccinations.

All three of the dogs – two pit bulls and one mixed breed – were seized by Abbeville Animal Control.

My heart goes out to Kyleen Waltman and her family. I pray she can pull through without any further complications.

Please, join us in sending strength and love in Kyleen’s direction. She sure needs all of our support right now!