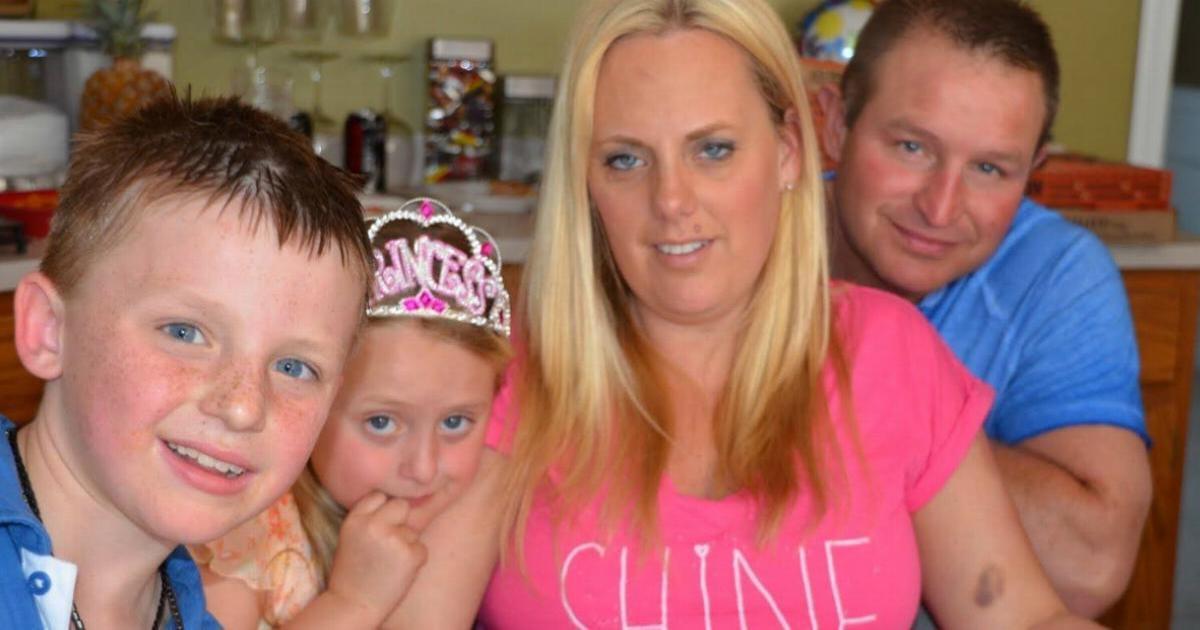 5 years since on a horrible March day, a tragedy occurred which Stephanie Decker from Henryville, USA will never forget.

She had just come home to her two children, Dominic and Reese. But a storm was brewing outside, and it was getting worse and worse. Stephanie was only grateful that they were indoors and not out in the horrendous storm.

But this was no ordinary storm. A tornado was traveling through the city at a speed of over 175 miles/h.

As the whole house began to shake, Stephanie’s husband called home and told Stephanie to get their family into the basement to take shelter.

Stephanie brought her two children, then eight and five years old, into the basement and wrapped them in blankets.

Suddenly, it felt like a train was running over the house. Stephanie quickly jumped over her children, acting as a human shield.

The dilemma of choosing to save herself or her children was an easy one.

She remembers like it was yesterday: the big steel beam that held their house together plunged against her and crushed both her legs.

But it was not over yet, another tornado broke through Stephanie’s house. And even though she was stuck and both her legs were crushed, she managed to use her upper body to protect her daughter from the next danger, moving with the force of sheer superhero adrenaline.

That next move resulted in seven broken ribs and a punctured lung for Stephanie, but daughter Reese was unhurt.

Stephanie had managed to keep in touch with her husband via sms, but after he sent her four messages without getting a response, he began to suspect something was not right.

As Stephanie lay there severely injured, she decided that if she managed to come out of this incident alive, she would do something meaningful with her life.

When the storm was over, Dominic and Reese ran to get help for their mother. She lost both her legs but survived. The road back was long and difficult, but Stephanie fought and got two modern leg prostheses.

One year after the accident, she founded the Stephanie Decker Foundation, a foundation allowing children who’d lost their legs or arms to play sports. Stephanie has so far helped 250 children. In addition, she travels around the country to motivate others.

The family never rebuilt their damaged house and chose to move 15 minutes away to Sellersburg, Indiana.

Stephanie has never regretted her choice for one second. On the contrary, she has said that she’d have even sacrificed both her arms if it had been necessary.

She sees no obstacles in her life without legs, only opportunities. Watch this interview with Stephanie shortly after the accident in the video below.

Share if you also think that Stephanie is a real superhero and role model!