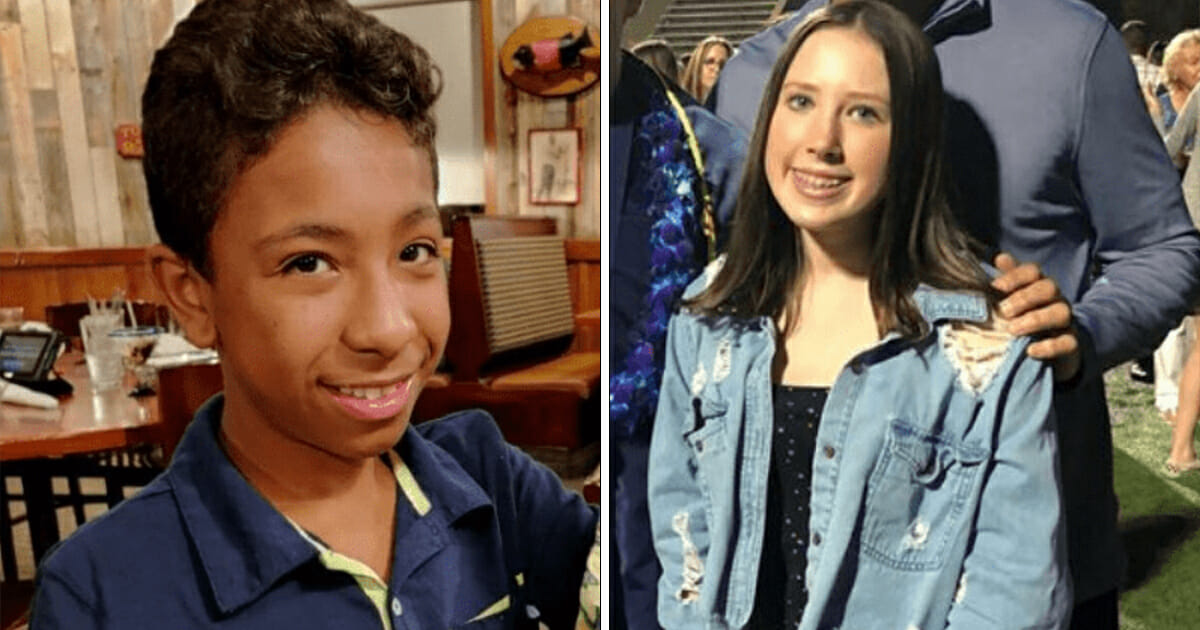 America remains in mourning for the victims of the shooting at Saugus High School last week.

Nathaniel Tennosuke Berhow, a 16-year-old junior at the school, opened fire on his classmates on Thursday morning. Three victims were taken to hospital, whilst two of them later died of their injuries. Nathaniel then turned the gun on himself, leading to a self-inflicted head wound that would claim his life too.

The two teens who lost their lives have been named by the Los Angeles County Medical Examiner-Coroner as 15-year-old Gracie Anne Muehlberger and 14-year-old Dominic Blackwell, as per PEOPLE.

Both teens had recently celebrated birthdays and their grieving families have set up GoFundMe Page’s in their memory.

Gracie Anne’s page reads: “Our vivacious, funny, loyal, light of our lives, Cinderella, the daughter we always dreamed to have, fiercely strong and lover of all things fashionable – was our best friend. She is going to be missed more than words will ever be able to express.”

Dominic, who turned 14 on September 11 of this year, also had a GoFundMe Page established in his name. His grandparents, Pam and Gene Hall, wrote: “This world lost a bright, shining light… personified by a goofy laugh, cheesy smile, and a huge, caring heart He was taken from his family and friends in the most senseless of ways. His three brothers will miss their big brother greatly, and his parents’ dreams for him will never be realized.”

Speaking on the shooting at Saugus High School, Los Angeles County Sheriff Alex Villanueva told New York Post: “We know it was a planned attack. It was deliberate. He knew how many rounds he had.”

He continued: “As far as we know the actual targets were at random.”

According to reports, Berhow may have been struggling after the death of his father, but hadn’t exhibited any signs indicating that he was a potential threat.

Yet again, we’re forced to mourn the loss of life needlessly taken. When are we going to make the necessary changes to stop our children dying?

Share this article to pay your respects to Gracie Anne Muehlberger and Dominic Blackwell.