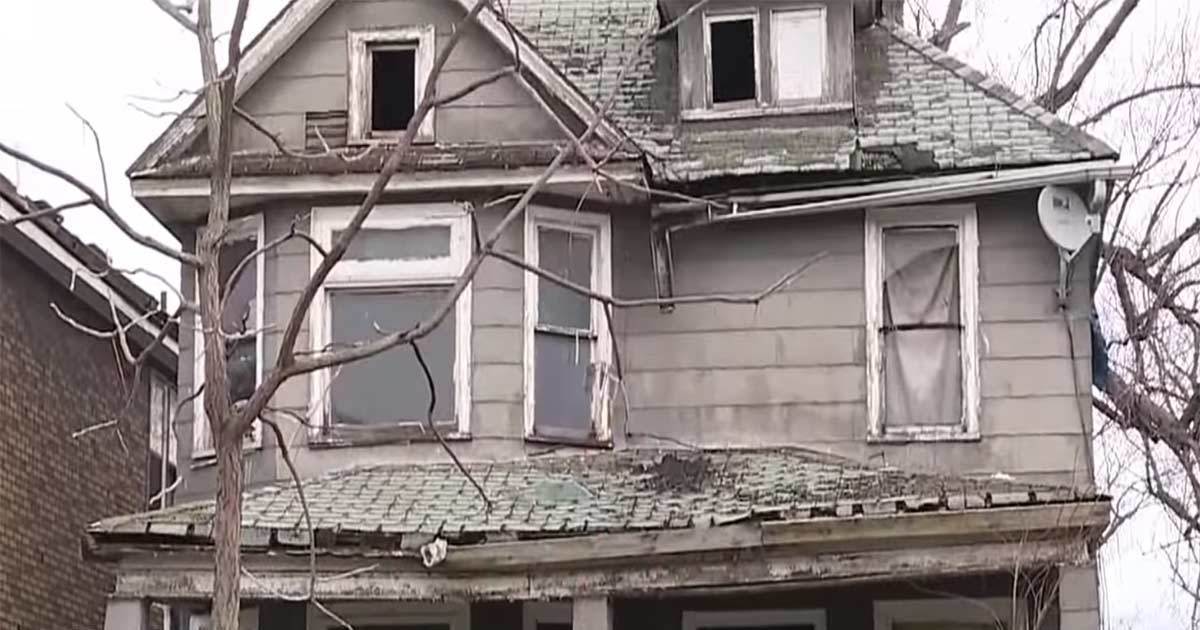 Child abuse is something that tends to happen behind closed doors, but it’s important to talk about it out in the open and report it when you see something that seems strange.

Take this story for example. When a woman in Detroit, Michigan saw a boy in the window of a nearby abandoned house, she wasn’t sure what was going on in there. And when police raided the house, they got a shock.

Living inside the house was not one child, but many.

Most of us have a nice childhood to look back on. And it makes stories like this that much more heartbreaking, knowing the life that these children deserve.

When police recently searched an abandoned Detroit, Michigan house for drugs, they discovered a whole different problem. The house was completely empty of drug, but it did contain something even more startling.

Inside the abandoned house were seven children, from as young as a few months old to as old as nine. They were living in total misery. The house had no water and no heat, even though it was chilly outside.

And additionally, police found two guns and a dead dog.

The police officers couldn’t believe their eyes and sent the children to the hospital to be checked out.

A neighbor explained what she saw a few weeks before the police investigated.

“I seen a little boy. I don’t know how old he was—maybe about five or six—in the window. He had no shirt on and I just know it was cold that day. I just said, ‘wow,’ but I didn’t know. I haven’t seen nobody in a while,” neighbor Diana Dupree told Fox2.

Luckily, the children were in relatively good health and will now be placed in foster care.

Meanwhile, police arrested their father, while their mother remains at large.

Child abuse is never okay and I’m so upset to see how these children have been treated.

I’m extremely relieved, though, that they’re in good health after the terrible time they must have had in the abandoned house. Hopefully, they’ll get a new, loving, home so they can finally get the lives that they deserve.

It’s important to talk about child abuse so that we all remain vigilant. Please share this article on Facebook and report anything suspicious that you see to your local social services.