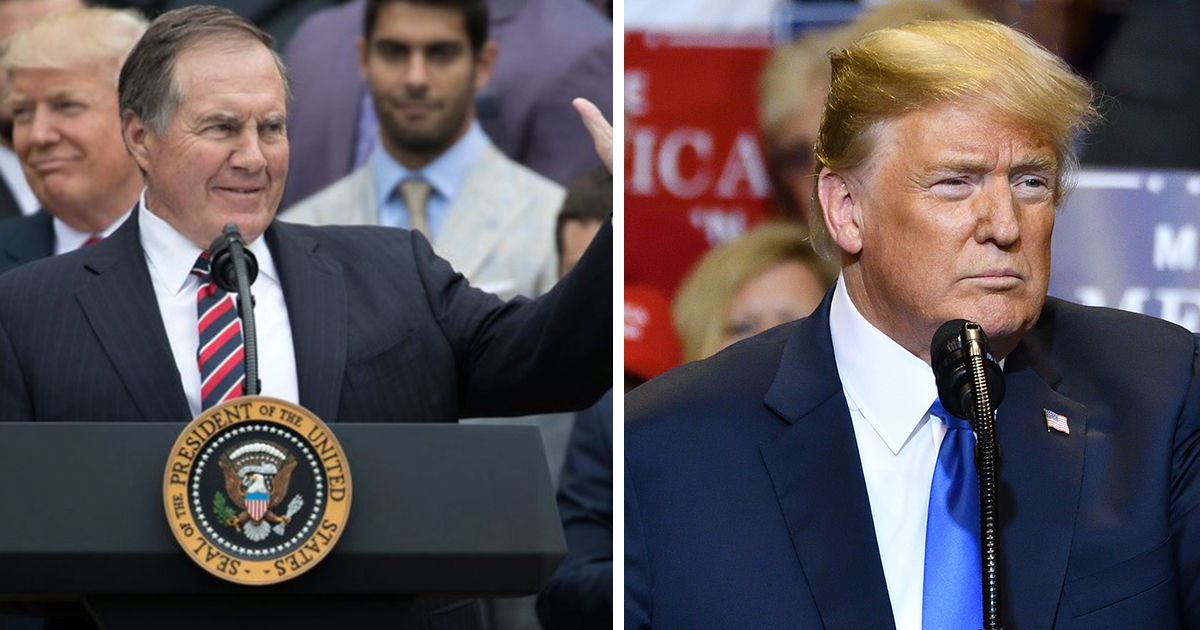 New England Patriots head coach Bill Belichick has announced that has refused the offer to receive the Presidential Medal of Freedom from Donald Trump in the aftermath of the Capitol Hill riots last week.

As per CNN, Belichick directly referenced the “tragic events of last week”, as a result of which five people, including one U.S. Capitol officer, died.

The fallout from the chaos has been widespread, with House Democrats having stated their intentions to impeach Trump for a second time, charging him with “incitement of insurrection.”

Belichick, who has won six NFL titles, released his own statement yesterday, saying that though honored, he could not accept the Presidential Medal of Freedom from Trump.

His statement read: “Recently, I was offered the opportunity to receive the Presidential Medal of Freedom, which I was flattered by out of respect for what the honor represents and admiration for prior recipients.

Subsequently, the tragic events of last week occurred and the decision has been made not to move forward with the award. Above all, I am an American citizen with great reverence for our nation’s values, freedom and democracy.”

Back in 2016, Belichick spoke openly about his friendship with President Trump after having written him a letter of public support.

“Our friendship goes back many years,” Belichick said at the time. “Anybody who spends more than five minutes with me knows I’m not a political person. My comments are not politically motivated. I have a friendship with Donald.”

Even so, the Patriots’ head coach has drawn the line at Trump’s response to the rioting that broke out at the Capitol Building last week.

“I also represent my family and the New England Patriots team.

One of the most rewarding things in my professional career took place in 2020 when, through the great leadership within our team, conversations about social justice, equality and human rights moved to the forefront and became actions.

“Continuing those efforts while remaining true to the people, team and country I love outweigh the benefits of any individual award.”

Though there have been calls to impeach or even attempt to remove Trump from office, neither looks likely to be successful before the January 20 date of Joe Biden’s inauguration.

Do you think Bill Belichick was right to turn down the Presidential Medal of Freedom? Let us know in the comments box.

Meanwhile, share this article if you hope and pray America can move forward in peace and unity.