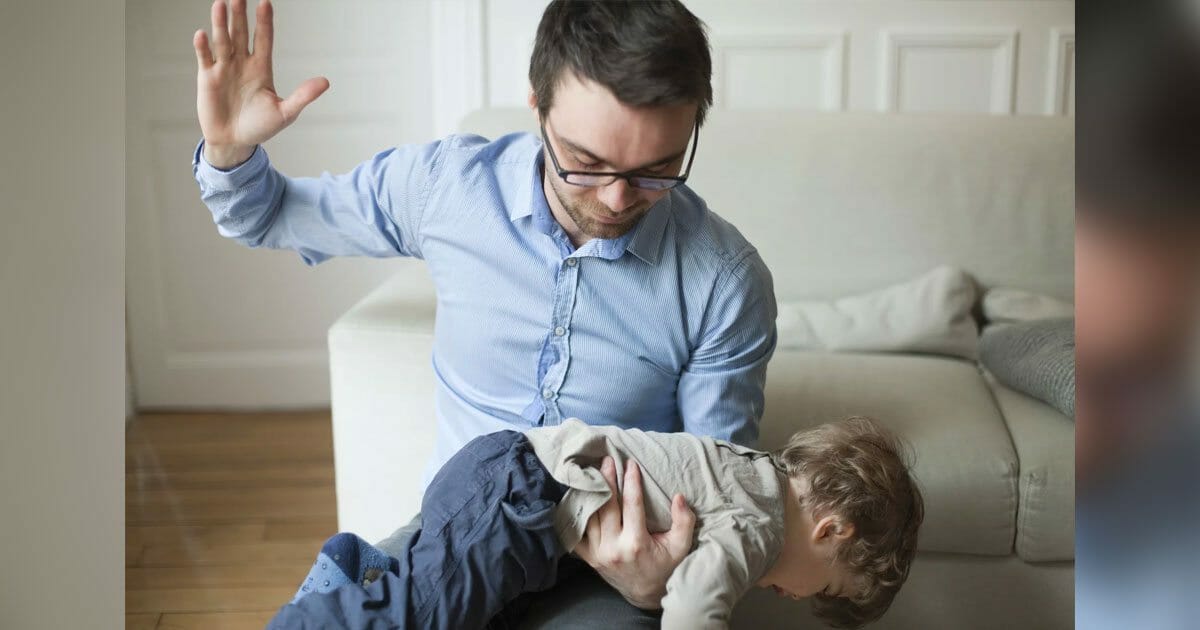 With each passing year, the debate concerning physical discipline of a child becomes that bit more fierce.

There are still those who stick to the old methods, and worry that by making their son or daughter exempt from physical punishment, they are paving the way for a lack of respect. Of course, many parents now believe that applying the hand (or in some cases worse) to their offspring, they’re only making things worse, as well as potentially doing them psychological harm for the future.

In years gone by it’s been perfectly acceptable to dish out punishment on your child where you see fit. That might be evolving over time, but the question still remains … does subjecting your child to physical punishment damage them? Well, according to CNN, a study by the University of Texas Medical Branch has borne some interesting results …

The research in question sampled a pool of 800 adults, finding that most of those who behaved violently in their relationships had been hit by their own parents.

Jeff Temple, the study’s lead author and Psychiatry Professor at The University of Texas Medical Branch told CNN: “Regardless of whether someone experienced child abuse or not, spanking alone was predictive of dating violence.”

The study discerned that hitting your children encourages the notion physical violence is an acceptable way to solve conflict – something that they could instinctively turn to later on in life.

“When a parent tries to get children to behave better by hitting them, that parent is telling them that hitting people who are smaller and weaker than you is an acceptable way of getting what you want from them,” Dr. Denise Cummins wrote for Psychology Today.

“Why should it surprise that parent when their children beat up smaller children at school, or grow up to be wife beaters?”

Not only that, but the studies reportedly found that hitting or spanking a child can turn them into resentful adults who harbor problems, both physical and emotional.

“A large meta-analysis of studies on the effects of punishment found that the more physical punishment children receive, the more defiant they are toward parents and authorities, the poorer their relationships with parents, the more likely they are to report hitting a dating partner or spouse,” Cummins wrote.

“They are also more likely to suffer mental health problems, such as anxiety, depression, and substance abuse problems, and less likely to empathize with others or internalize norms of moral behavior.”

So there we have it, spanking or hitting your child could cause problem down the line, if these studies are to be believed. Naturally, they’re unlikely to convince thousands of parents to change what they believe to be the proper method of discipline, but perhaps it’s food for thought for those who aren’t yet parents themselves.

Where do you stand on the matter? Is striking a child acceptable in any situation? Is using physical discipline tantamount to child abuse, as some claim?

Let us know in the comments below, and help us spread awareness of this topic by sharing this article on Facebook.