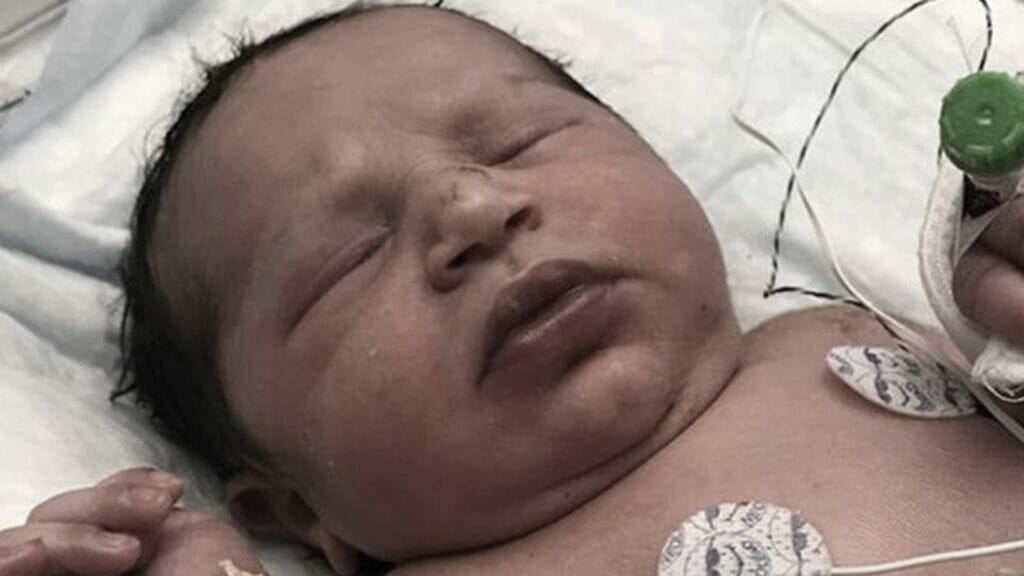 A search is on for the mother of a newborn baby who was discovered in a wooded area with only a plastic bag for protection from the elements.

Ron Freeman, Forsyth County Sheriff, informed reporters that the girl, temporarily named “India”, had been taken to a nearby hospital and was found to be in good health.

A newborn baby who was found abandoned in the woods near a Forsyth County road Thursday night is doing well thanks to several locals, deputies and "divine intervention," Forsyth County Sheriff Ron Freeman said. https://t.co/fto8gN5TXX

As per Fox, Freeman said: “It is without doubt a divine intervention this child was found. Had it not been for those observant folks who are our citizens who called 911, we would be having a much different conversation today.”

The sheriff also confirmed that the child is either white or Hispanic, and was at full-term when she was born. It’s thought only a few hours had likely passed before she was discovered.

**Update on Baby India** We continue to follow any and all leads in regards to the abandonment of baby India; however,…

As for locating India’s mother, as yet there have been no significant updates. Freeman used his speech to emphasize Georgia’s Safe Haven Law, which permits moms to surrender newborns with few obstacles.

He explained: “Georgia Safe Haven Law allows a mother up to 30 days after the birth of an infant to drop that infant off at a hospital, a fire station, a police station, a sheriff’s station.

“As long as they turn it over to a person, a live human being, they cannot be charged with abandonment, cruelty to children. It is a way to make sure that a child like this is safely cared for.”

As investigators continue to pursue leads as to the baby’s parents, they’re imploring people who may have information come forward. Anyone who might know something is urged to contact Forsyth County Sheriff’s Office at 770-781-3087. Alternatively, they can contact the anonymous tip line at 770-888-7308.

Please help us get this message out so that we have a better chance of finding India’s mom!