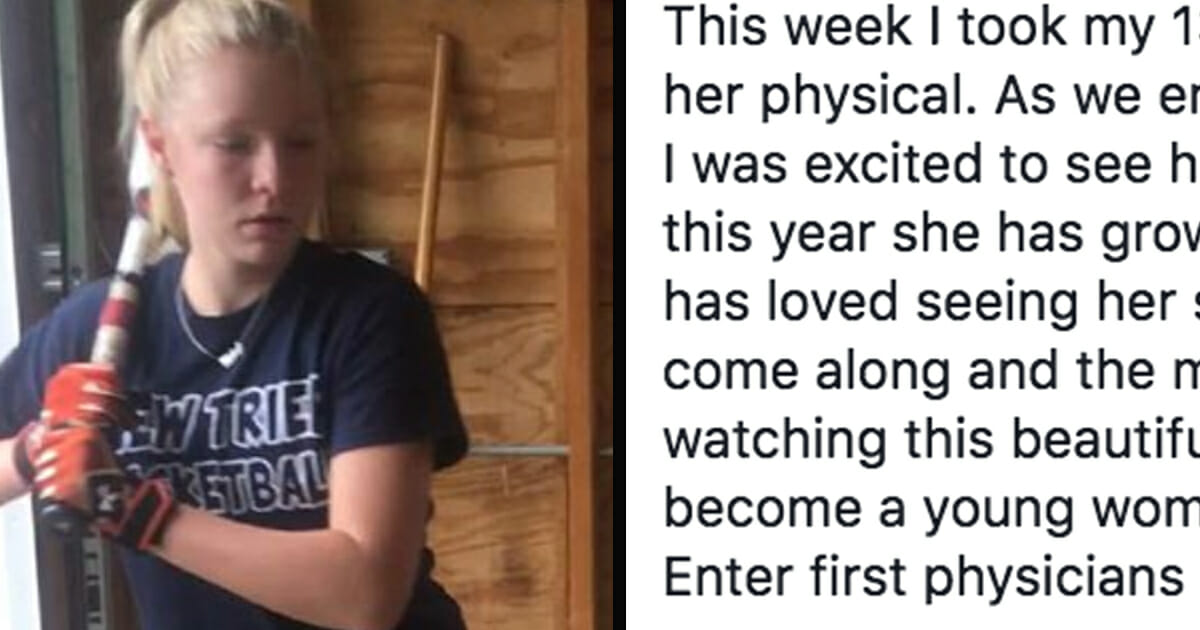 Body shaming remains a big problem in today’s society, and in reality helps no one. Making someone feel terrible about themselves and uncomfortable in their own bodies doesn’t always motivate change. On the contrary, it can have an adverse effect when it comes to confidence and happiness, thus sometimes exacerbating underlying problems.

For one mom, witnessing her daughter being body shamed by a nurse was simply too much to bear. Julie Venn shared her daughter’s experience at her annual check-up on the Facebook page “Moms of Tweens and Teens”, and it’s safe to say what she said has proven popular online …

When Julie Venn and her daughter went for 13-year-old Riley’s annual check up, they would have been forgiven for expecting it to be a routine affair.

It started off as such, with the teen being asked basic questions about her bedtime, exercise habits and diet. Riley answered them all honestly, before admitting that the previous school year had been difficult.

It was when she said this that the nurse practitioner pressed on, demanding to know: “Tell me RILEY, HOW CAN YOU EXPLAIN ALL OF THIS WEIGHT YOU’VE GAINED?”

For Julie, that was enough. She could see her daughter’s eyes welling up and so instincts took over.

As she wrote on Facebook: “I had a literal, physical reaction. I put my hand up and said, ‘STOP! You need to stop talking to my daughter about her weight. She is 13, she is strong. She is healthy and she is PERFECT. You need to move on!’”

The mom didn’t stop there, however. No, Julie pushed on, documenting the whole experience in a lengthy Facebook post that’s since garnered plenty of attention.

From a reader:This week I took my 13 year old daughter to get her physical. As we entered the examination room I was…

Posted by Moms of Tweens and Teens on Monday, 27 August 2018

As you can imagine, some people have supported Venn’s views on the matter, whilst others think she overreacted.

Where do you stand on the topic? Did Venn react accordingly to what she perceived to be body shaming toward her daughter? Let us know in the comments box below.

In any case, it’s important that everyone feels comfortable in their own body. Share this article to show you’re against body shaming!