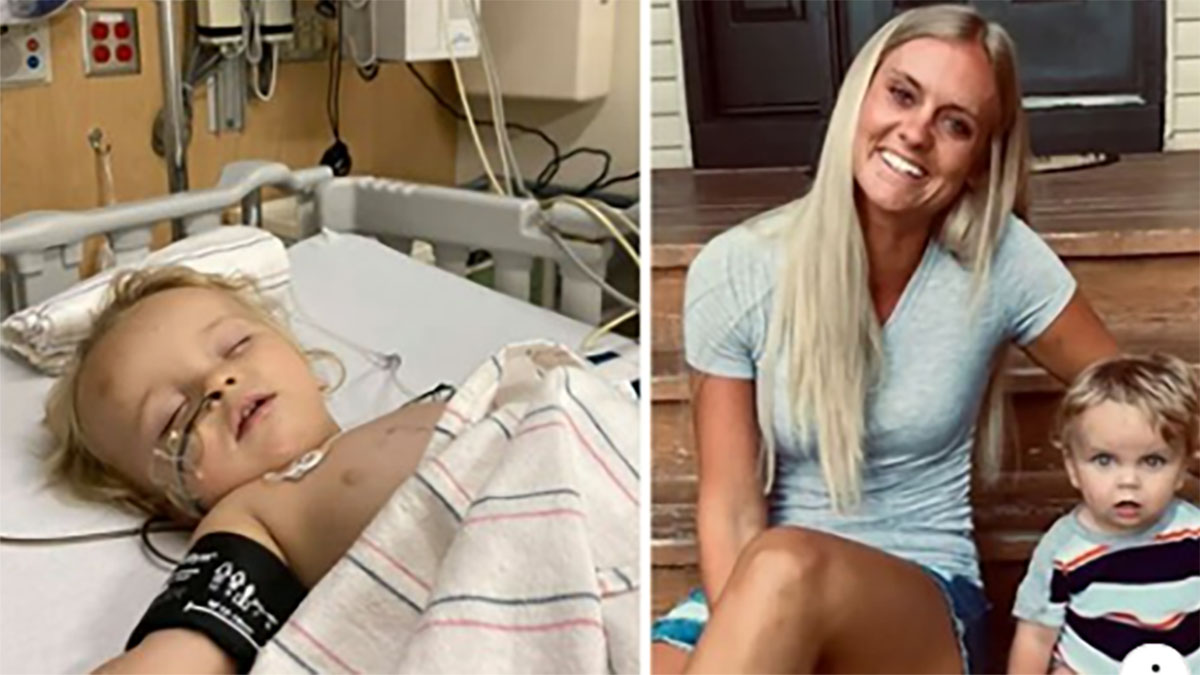 Throughout this pandemic many of us have been able to work from home and stay as safe as possible while others have had no choice but to continue to go out to work.

For those in the medical field their roles were already held in high esteem but even more so this year as they risk their lives to save others.

One such person was 27-year-old Taylor Pikkarainen who traveled from her home state in Minnesota to work in New Jersey for two months to help save the lives of those suffering with COVID-19.

She then returned home to save the life of a one-year-old boy Bodie by donating her kidney.

Bodie, who will celebrate his 2nd birthday in December, was born with the life-threatening condition congenital nephrotic syndrome, which causes your body to discharge too much protein and can cause kidney failure.

Doctors put him on the list for a kidney transplant earlier this year and Taylor learned about the boy’s needs from her sister-in-law, who is a close friend of Bodie’s mom, Gloria Hall.

Mother-of-four Gloria had been a kidney donor for her older child who has the same condition and appealed for a donor after they discovered Bodie’s dad wasn’t a match.

Taylor didn’t hesitate to offer her help and get tested to see if she was a match.

“I was sitting there and just quickly looked up the side effects for me as a donor, for giving up a kidney,” she told GMA. “There’s always a risk with surgery but there was no increased risk for kidney disease or kidney failure, having one kidney versus two.

“And within half an hour I was signing up,” she continued.

Gloria said it was such a relief when they discovered a donor had been found for Bodie.

“I guess the biggest feeling was … of relief because it really was the thing hanging over our heads,” she said.

On Taylor’s 27th birthday, Bodie received her donated kidney in a procedure that lasted around six hours.

Gloria said it was hard to put into words the gratitude she felt for Taylor.

“We couldn’t really believe it, honestly, that someone we hardly know and not even a family member would be so willing to give one of their organs. It’s the most amazing gift I think that you can give somebody,” she added.

Bodie, like his older sister with the same condition, will stay on an anti-rejection medication for the rest of his life but is otherwise expected to lead a normal, healthy life, according to Gloria, as per GMA.

This woman deserves a medal for her selfless actions, she really is an inspiration.

We wish Bodie, his older sister and Taylor all the health and happiness.

Help us spread the actions of this remarkable young woman by sharing her story with your friends and family.