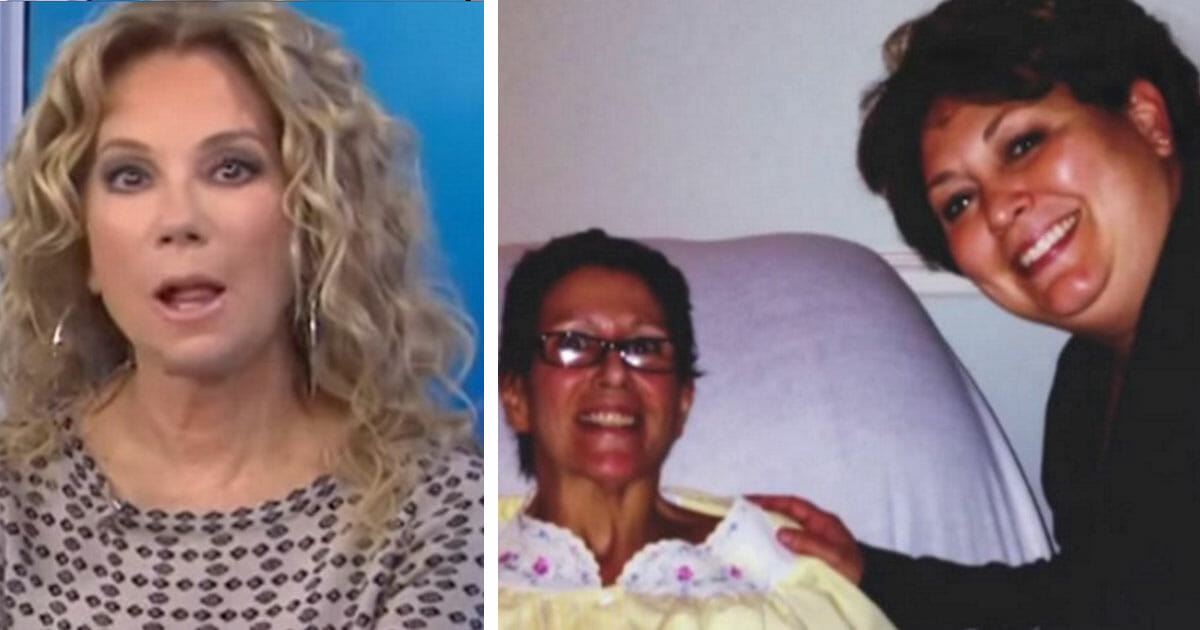 Fate can so often be a fickle thing. Often we chalk coincidences down as mere happenings of chance, though there are those who believe all things in the universe follow a pre-designed script.

No matter which side of the fence you fall on, few can deny that what happened with two women – both named Tricia – in Pennsylvania is rather special, if a little emotional.

Tricia Seaman is an oncology nurse and the mother to three daughters and one son. Her and her husband had hoped to conceive a fifth, but after complications ensued they decided to go down the route of adoption.

Around the same time, Tricia Somers was diagnosed with terminal liver cancer and given just five months to live.

When the two women crossed paths, they could never have known how significant a role the other would play in their lives. Grab the tissues, you’re probably going to need them…

Tricia Seaman and her husband had their heart set on adopting a fifth child. At one stage they had their spirits lifted when they were notified of an 18-month-old baby searching for his forever home, but it sadly fell through.

Tricia never gave up hope, though, and continued to keep the faith whilst working her job as an oncologist in Pennsylvania.

It was through her professional life that she met Tricia Somers, having been assigned to care for her as she waged battle with liver cancer.

“I said, ‘Wow this will be easy to remember your name because we have the same one!’” Seaman told PEOPLE. “We even shared the same initials, T.S.”

The two men made friends quickly, with Somers opening up about her difficult past and her fear of dying, amongst other things. One aspect of her life that Seaman soon realised held the position of highest priority was Somers’ eight-year-old son, Wesley.

Over the course of three weeks, the two Tricias bonded, before the time came for Somers to be discharged. Seaman went to check in on her before she left the hospital and knew instantly, from the expression on Somers’ face, that she’d received the news everyone dreads.

It transpired that she didn’t have long at all left to live; her cancer was terminal. The next words Somers would utter changed Seaman’s life forever.

“She asked if me and Dan would raise Wesley when she died,” Seaman said to PEOPLE.

Seaman herself was taken aback. She and her husband had wanted the opportunity to adopt another child, and Somers was offering her it.

“It took my breath away. I said I was honored. I urged her to think and pray about it,” the nurse continued.

Aware there was a definite time scale, Seaman invited Somers and her son, Wesley, to her family home. There, the kids bonded instantly, and it didn’t take long for both parties to agree that Wesley moving in with Seaman after Somers’ death was the best way to go. Not only that, but Somers went on to stay in Seaman’s home until she passed, as opposed to spending the remainder of her days in a care home.

The family looked after her until she left this world, with Wesley beginning the process of assimilating into his new family.

Tricia Somers may be gone, but her son is happy and well, flourishing in his new surroundings and growing up with all the love he’ll ever need.

Miracles do happen, they just often present themselves in the strangest of ways.

For more on this tear-jerking story, watch the video below:

Did this article make you emotional? Do you believe in miracles? SHARE this story if so!