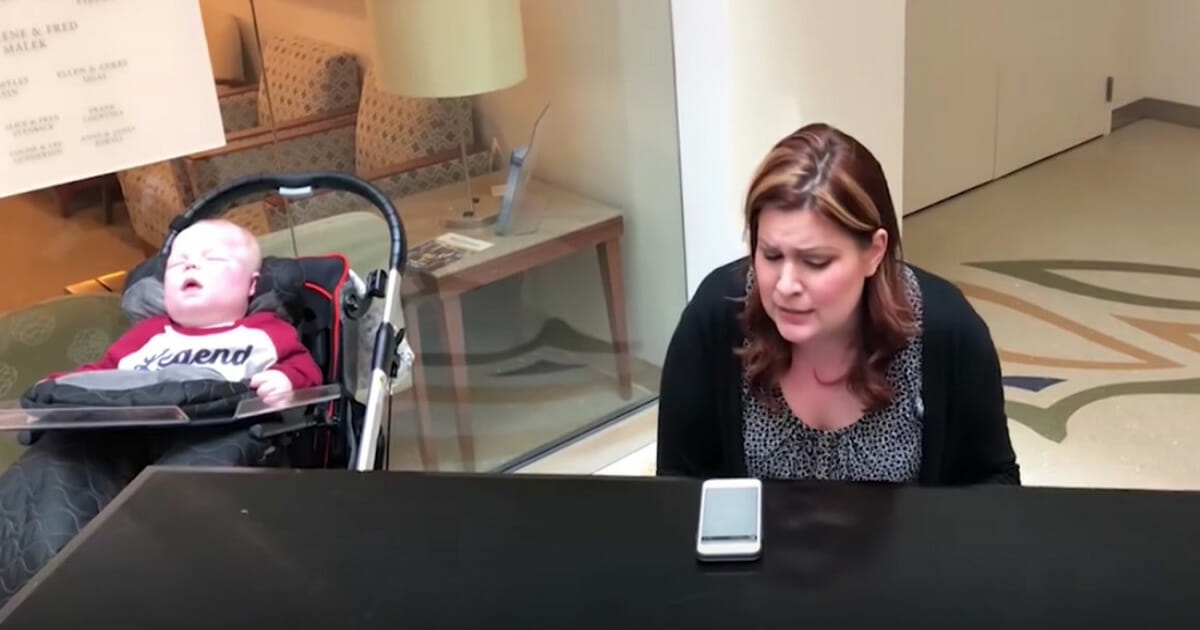 Lincoln Tanner is only 1 but has already endured a painful life.

Fortunately, he has a loving family who do all they can to help him. His mother, Abby, has strived to make his life as normal as it can be. She does her best to make him laugh, sometimes entertaining him with spontaneous bouts of singing. One of her most recent performances was caught on tape and has since gone viral online. It’s not difficult to see why.

Little Lincoln suffers from a rare and terminal form of epilepsy called Malignant Migrating Partial Seizures of Infancy (MMPSI). He can have as many as 200 seizures in a single day.

The mother of three, from South Carolina, had taken her son to the Duke Cancer Institute in Durham, North Carolina. When she spotted a beautiful black piano in the middle of the room, she couldn’t help herself.

She parked Lincoln’s pram next to the piano and sat down. She knows that her son can hear her voice; can feel the music despite his condition. Abby broke into a rendition of Never Enough from the movie The Greatest Showman, and it’s really something.

After a while, Abby looked up to see that a group of nurses had stopped working. As per the Daily Mail, they began to applaud.

Now that her video is going viral, Abby wants to spread awareness of Lincoln’s rare illness. Share this article to help her in her fight!