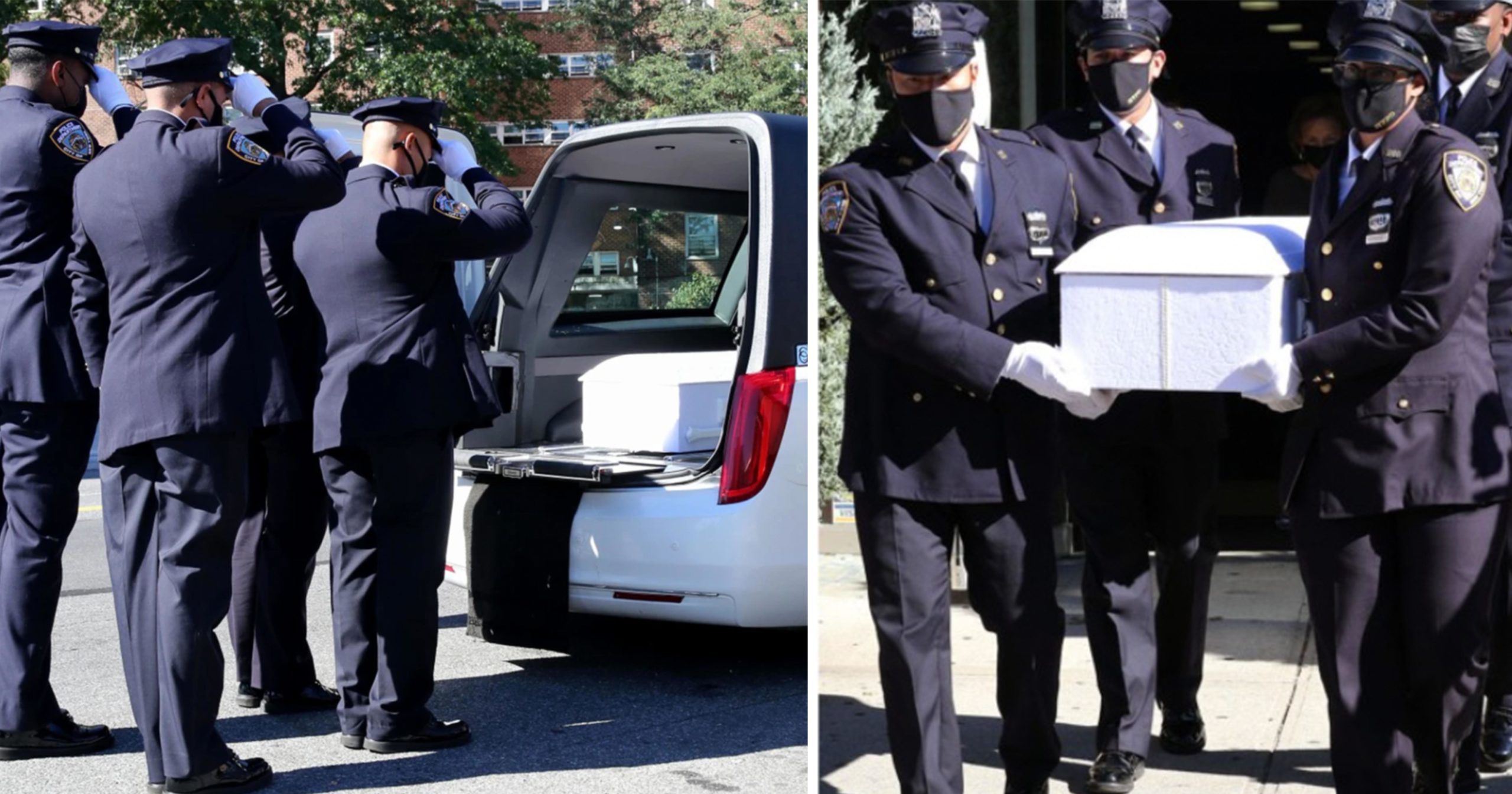 Officers with the New York Police Department made sure to give a beautiful send off to the newborn twins found dead and discarded in a Bronx alley.

According to a tragic report by the New York Post, the babies had been wrapped in brown paper and abandoned – the NYPD remains desperate to find the person responsible.

On Saturday, around 20 NYPD officers – many of them detectives – traveled to the Eternity Funeral Service in The Bronx for a funeral they themselves had organized to honor the infants they had named Zeke and Zane.

He added: “I have never seen a case like this. These were two newborn babies who were full term and then put in garbage bags and thrown in a rat infested backyard. Their little bodies had fractures. This has weighed heavy on every detective that has worked on the case.”

The twins were placed in a shared white casket adorned with a bouquet of white flowers and a large blue bow.

Father John Aurilia of Immaculate Conception RC Church, who conducted the service, said: “Those beautiful children are back home where they belong — heaven.”

As per the New York Post, children’s songs played throughout the memorial for Zeke and Zane.

Six offers carried the casket to a white hearse, then saluted as it drove away to carry the twins to their final resting place.

Meanwhile, authorities are busy in the search for the twins’ mother. They’ve checked hospitals in New Jersey and Pennsylvania, while there is a $12,000 reward for any information.

“We are going on follow up on every tip and hopefully we’d be able to find the mother of these children,” said Officer O’Toole.

“Why would she do this? What kind of desperate situation was she in? Was she forced to do it? Was she alone? Whatever the situation, we are there to help her.”

My heart bleeds for these two babies. The monster that could do such a thing deserves to spend the rest of their life behind bars.