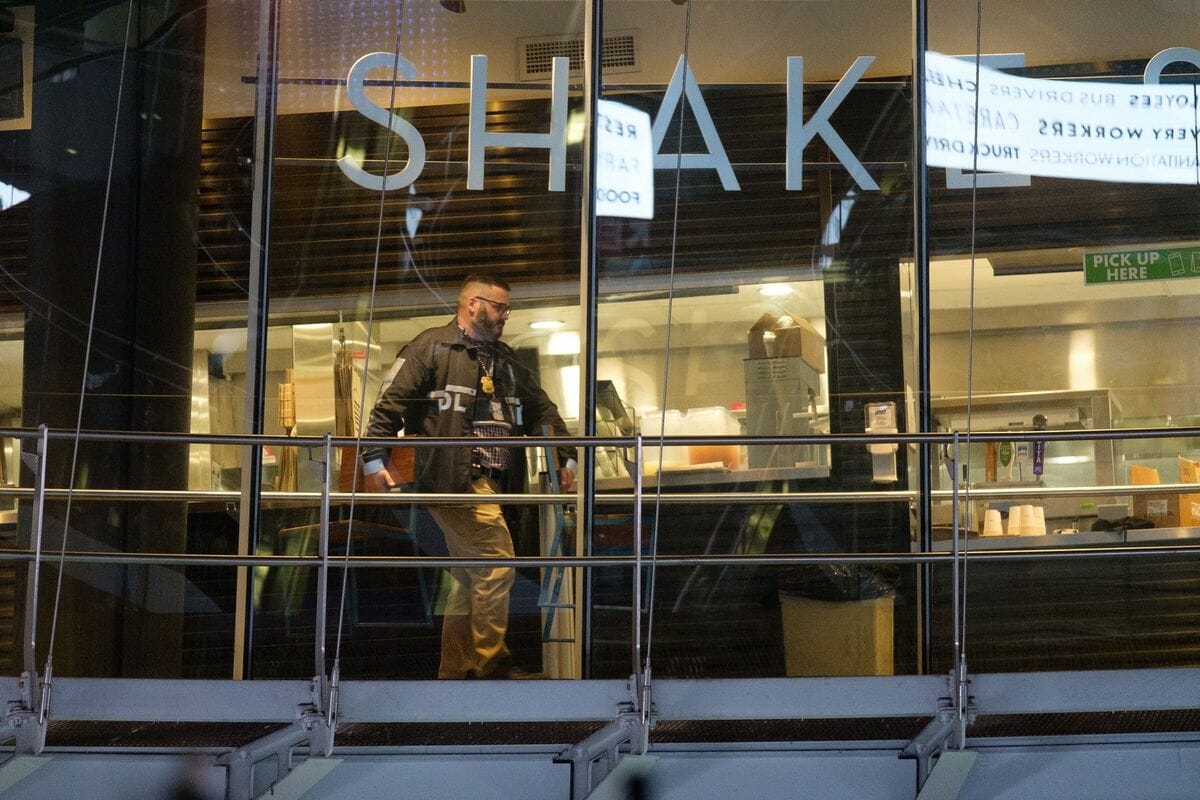 The NYPD were investigating the potential poisoning of three police officers who fell ill on Monday after drinking milkshakes at a Manhattan Shake Shack.

As per reports, the officers ordered themselves a meal at around 8:30 p.m. at a location on Broadway and Fulham St.

Sources claim they noticed their shakes tasted strange, with one of the officers spotting a “clump of something” in their cup, and another reportedly smelling bleach.

Investigators looking into the possibility that they were the subject of an attempted poisoning found a bottle of cleaning fluid used to clean the shake machines, though it’s since been made clear the shake shack employees were not at fault.

Reports had stated that the three officers, all members of the Bronx’s 42nd Precit, assigned to a protest detail, were hospitalized at New York Downtown hospital. They’ve since left the hospital after recovering.

Early on Tuesday, three Shake Shack employees, two men and a woman, were escorted into an NYPD van from the 42nd Precinct. None were in handcuffs.

“When NYC police officers cannot even take meal without coming under attack, it is clear that environment in which we work has deteriorated to a critical level. We cannot afford to let our guard down for even a moment,” the Police Benevolent Association had written on its Twitter feed.

DEA President Paul DiGiacomo said of the incident: “Tonight, three of our brothers in blue were intentionally poisoned by one or more workers at the Shake Shack at 200 Broadway in Manhattan.

“After tasting the milk shakes they purchased they became ill, making it necessary for them to go to an area hospital. Fortunately, our fellow officers were not seriously harmed.”

Share this article to send prayers to the three sick officers.