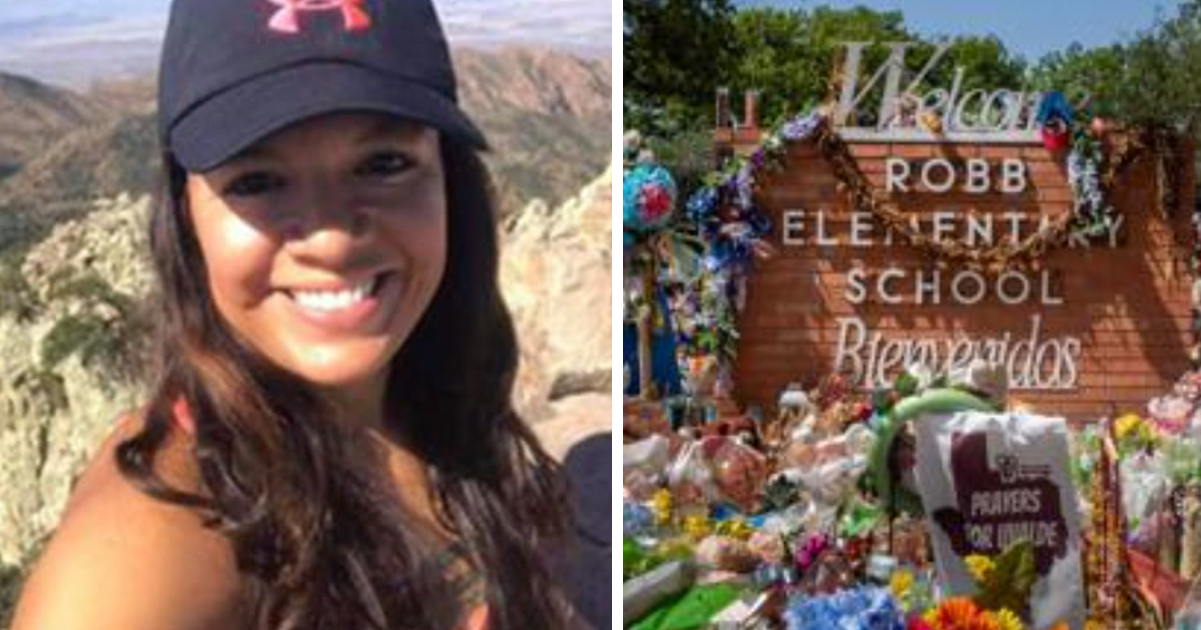 The police officer husband of slain elementary teacher Eva Mireles, one of the victims of last month’s shooting at Robb Elementary School in Uvalde, Texas, tried to save her but was stopped from doing so, according to tragic new reports.

As per KSAT, Ruben Ruiz works a police officer for the school district and was on scene after Robb Elementary fell victim to a terrible mass shooting that left 21 dead, including 19 children.

New testimony from the Texas Department of Public Safety Director, Col. Steven McCraw, has revealed that Ruiz was contacted by his wife Eva, a teacher at the school. She is said to have told him that “she had been shot and was dying.”

Ruiz then tried to make his way to his wife in a desperate bid to save her. According to McCraw, though, he was stopped.

“We got an officer, Officer Ruiz, whose wife had called him and said she (had) been shot and she’s dying,” McCraw said in video shared by PBS News Hour.

“And what happened to him, is he tried to move forward into the hallway,” McCraw said. “He was detained and they took his gun away from him and escorted him off the scene.”

Mireles was one of two teachers shot dead on May 24, when an 18-year-old gunman targeted Robb Elementary School with an AR-15 rifle.

Following her death, her daughter, Adalynn Ruiz, wrote a heartbreaking tribute on Facebook.

“Mom, you are a hero. I keep telling myself that this isn’t real . I just want to hear your voice,” she wrote on Facebook.

“I want everything back. I want you to come back to me mom. I miss you more than words can explain.”

Sources continue to call into question the police response to the atrocity, after it was reported that officers waited over an hour before making their way into the school to neutralize the threat of the active shooter.

McCraw’s comments came as he testified at the Texas Senate hearing, during which he labelled law enforcement’s response an “abject failure.”

The Texas DPS added that “one of the biggest problems” during the shooting was “not only the lack of leadership, but also the misinformation that’s being provided.”

McCraw said: “What officers were being told was, ‘The subject is contained, the chief is in the classroom or the office, negotiating or talking to the subject. So everyone is treating it, that comes in afterwards, you’re in the hallway and you’re looking at it, and you’re being told this, there’s no reason to discount that.

“Now, certainly if you heard, ‘Well, wait a minute, we’re getting 911 calls from children in the classroom.’ And we didn’t know the timeline.”

Rest in peace to all those who tragically lost their lives in the Uvalde shooting. I can only hope we get to the very bottom of the circumstances surrounding this terrible incident.

Please, share this article to send thoughts and prayers where they’re needed, and if you hope that the whole truth will be laid out eventually.