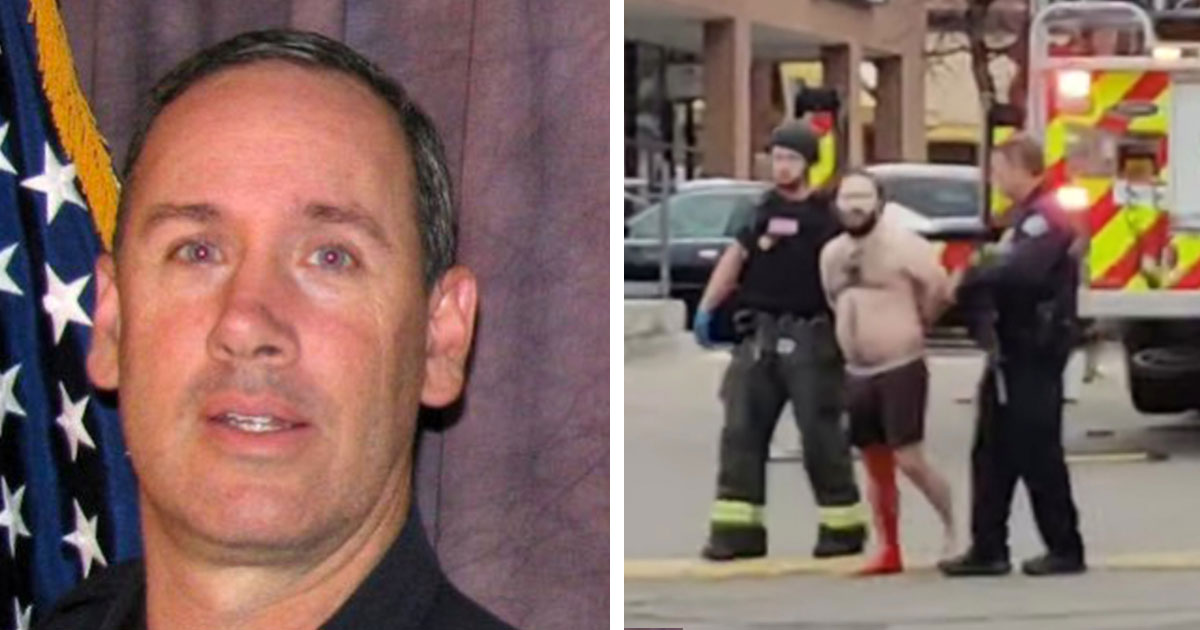 Officer Eric Talley, the hero who lost his life trying to save others in the King Soopers store massacre in Boulder, Colorado on Monday afternoon, left behind seven children, according to reports.

Talley was the first Boulder police officer to respond when a call came in concerning someone at a grocery store possibly armed with “a patrol rifle”.

The 51-year-old was one of ten people then killed in the active-shooter situation, though his family say they aren’t surprised that he was brave to the last.

His father, Homer Talley, told CNN affiliate KUSA: “Didn’t surprise me he was the first one there.”

“He loved his family more than anything. He was also a prankster with a “great sense of humor.”

Talley is survived by his wife and seven children, having become the first Boulder police officer to be killed in the line of duty since 1994.

“I have to tell you the heroic action of this officer when he responded to the scene” Monday, Boulder Police Chief Maris Herold said. “He didn’t have to go into policing, but he felt a higher calling.”

“I feel numb,” she continued. “It’s heartbreaking to talk to victims, the families.”

Talley had been a member of the police force since 2010, but his father revealed how he had recently discussed becoming a drone pilot as he believed it to be safer.

A GoFundMe, which can be found here, has been established to help the fallen officer’s family.

Rest in peace, Officer Eric Talley, and thank you for your astonishing bravery.