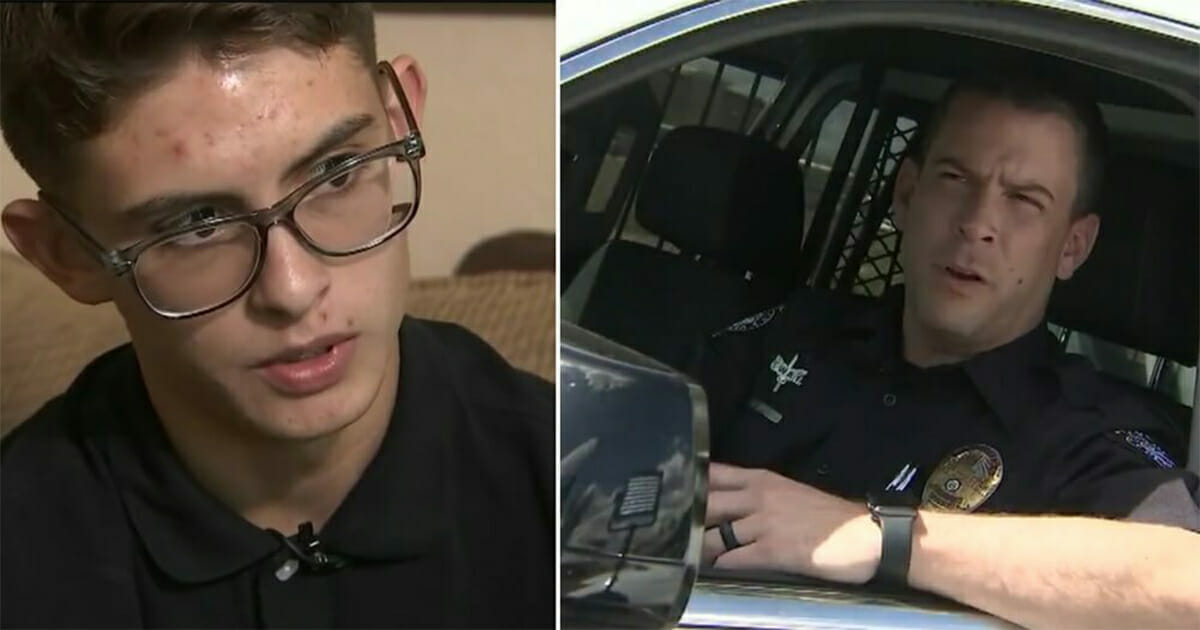 When officer Brandon Sheffert was out on patrol in Peoria, USA, he saw a young boy running as fast as he could down the road.

Having watched him for a time, the officer pulled up alongside the boy and tried to talk to him.

The boy wanted nothing to do with Sheffert, and tried his best not to talk. Later, Sheffert would find out the tragic reason behind the boy’s strange behaviour …

It was in December 2014 that then-16-year-old Anthony Schultz found himself running down the road in Arizona City, Arizona, USA. He was scared and he was lonely.

Officer Brandon Sheffert, who came across Anthony, immediately understood something was awry. He stopped the boy and tried to ask questions, but Anthony was reticent and did his best to stay quiet.

The boy’s reaction baffled Sheffert. The officer knew something was wrong, but he couldn’t put his finger on it. It was made all the harder by Anthony’s silence.

When Sheffert returned home to his family after his shift, he still had the teen on his mind. He just couldn’t let it go.

He began his own investigation to find out what was going on. He knew there had to be circumstances beyond the obvious.

Brandon drove out to the teen’s house and saw for himself the difficult living conditions. For a start, Anthony shared a bedroom with seven other family members. “I kept coming over here, talking to him, spending time with him, getting to know him, getting to know the family, understand what’s going on,” Sheffert said.

The two quickly became friends, with Anthony seeing Sheffert as a mentor. However, while their relationship was blooming, things at home weren’t going so well. One night, Sheffert’s phone rang.

It was Anthony’s mom. She told the officer that she could no longer look after him and wanted him gone. Anthony was effectively homeless.

Sheffert and his family decided to take Anthony in for a few days, until it became possible for him to return home again.

Several days passed and Anthony was able to move back in with his mother. However, when he was 18 he was kicked out for a second time. Once again, Sheffert opened his doors to the boy – this time for good. Anthony was taken care of by the Sheffert family and became one of them. They took him on holidays, got him a driver’s license and included him in everything they did.

Now, Anthony has his sights set on getting a job. He wants to join the army, and has the self-confidence to make it happen!

“I feel as though there’s not a lot stopping me, at this point,” Anthony says!

Unfortunately, Anthony is far from alone when it comes to living in such circumstances. Thankfully, there are people with hearts of gold like Brandon Sheffert. He showed true compassion and has given a young boy a second chance in life!

Share this to pay tribute to Brandon’s huge heart.