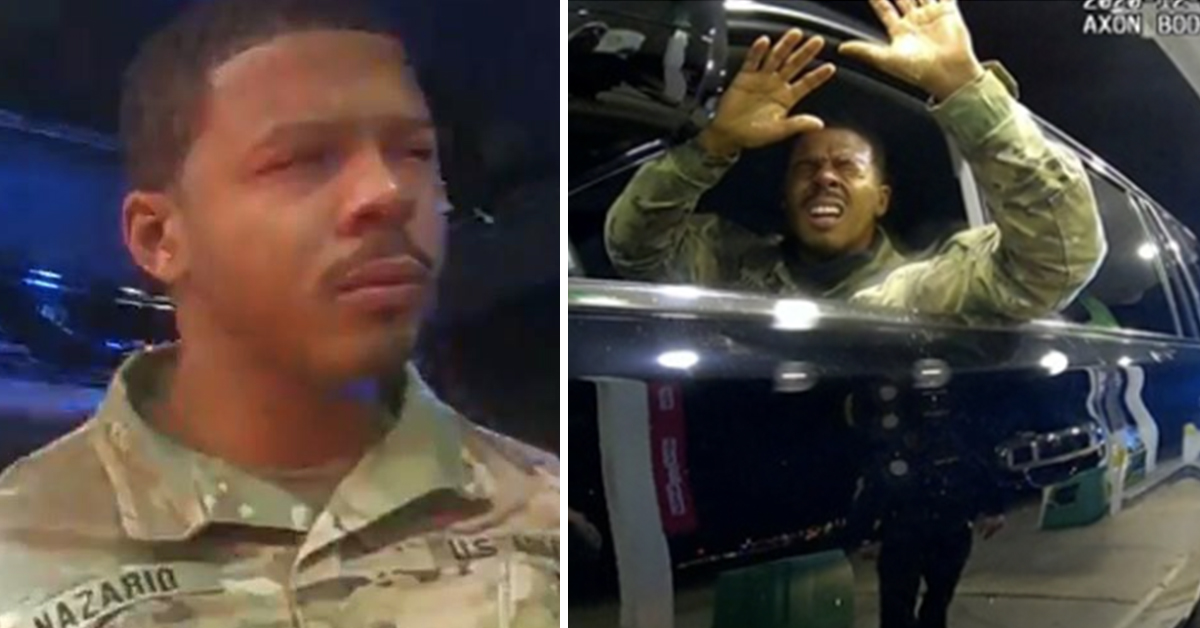 The Virginia police officer who challenged a uniformed Black Army medic at gunpoint during a traffic stop before dousing him with pepper spray has been fired, according to officials.

As per reports, officer Joe Gutierrez instigated the traffic stop when he pulled over Caron Nazario, a second lieutenant in the U.S. Army Medical Corps, on December 5.

In a shocking exchange caught on body cam, Gutierrez was seen confronting Nazario with his weapon drawn, before then pepper-spraying him after he said he was afraid to get out of his vehicle.

After body cam footage of the incident was released, both Gutierrez and another officer involved in the traffic stop were widely condemned for their actions. Lieutenant Nazario sued both men in the U.S. District Court in Norfolk on April 2, accusing them of excessive force and violation of his constitutional rights.

An internal investigation, meanwhile, has found that Gutierrez’s actions were not consistent with the police department’s policies. The town of Windsor, Virginia, had requested the investigation into the traffic stop.

“The town of Windsor prides itself on its small-town charm and the community-wide respect of its Police Department,” the town said.

“Due to this, we are saddened for events like this to cast our community in a negative light. Rather than deflect criticism, we have addressed these matters with our personnel administratively, we are reaching out to community stakeholders to engage in dialogue, and commit ourselves to additional discussions in the future.”

As per reports, Lieutenant Nazario was driving to Petersburg from a drill weekend when he spotted police lights flashing in his rearview mirror. His lawsuit alleges that he continued to drive for around a mile before stopping at a gas station, because he was nervous about doing so on a darkened road.

In the body cam footage, he can be heard asking why he has been stopped, and why the officers have their guns drawn.

“I’m honestly afraid to get out of the car,” Lieutenant Nazario says.

“Yeah,” replies Mr. Gutierrez. “You should be.”

“I’m serving this country and this is how I’m treated?” Nazario then says. “What’s going on?”

“What’s going on is you’re fixing to ride the lightning, son,” Mr. Gutierrez yells back.

Just yesterday, Governor Ralph Northam of Virginia said on social media: “The incident in Windsor is disturbing and angered me — and I am directing the Virginia State Police to conduct an independent investigation.

“Our Commonwealth has done important work on police reform, but we must keep working to ensure that Virginians are safe during interactions with police, the enforcement of laws is fair and equitable, and people are held accountable.”

Gov. Northam also said he would be inviting Lieutenant Nazario to meet with him to discuss police reform.

I don’t know about you, but I think all instances of people abusing their positions of authority should be punished.

I can only hope that Lieutenant Nazario is able to move on from this, and that the officers in question learn greatly from their mistakes.