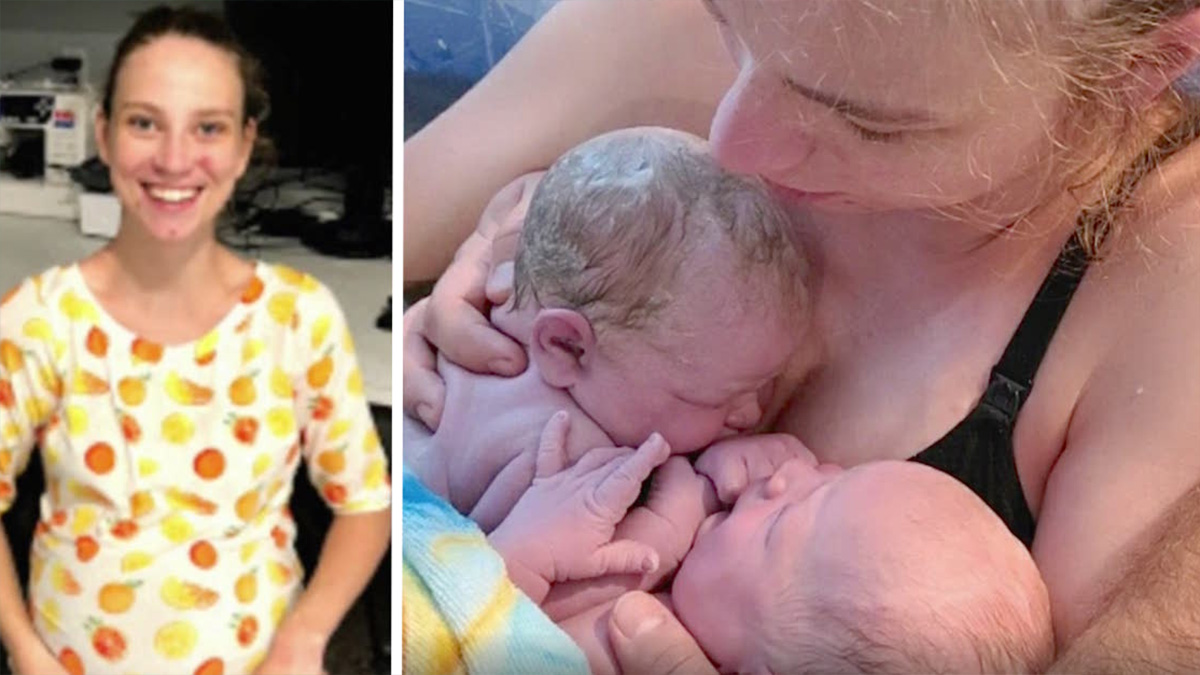 When Meagan Peoples found out she was pregnant with her third child she wasn’t surprised to learn that her baby was due to be a larger than expected bundle.

Her previous two babies had weighed over ten pounds so when she was told her third baby was going to be 13 pounds she wasn’t fazed.

Coronavirus restrictions meant that her husband or any loved one was not allowed to be in the room with her for an ultrasound so instead of paying hundreds of dollars to do it alone she opted out of ultrasounds.

Meagan, from Minnesota, had ultrasounds with her other kids, and all signs were that her baby was doing well, CBS News reported.

When she was examined her doctor only felt one baby.

Meagan had a home birth with two midwives present and welcomed baby boy August but seven minutes later she had a shock.

“There’s two midwives when we did our home birth…and the second one looked down and she was like, ‘Oh lord, there’s another!’” Meagan said.

Since the now family of six welcomed their surprise bundles of joy they’ve been at home staying safe.

“I’ve been at home for months, it feels like,” she said. “It made it really worth it when we ended up with two.”

Congratulations on two beautiful babies, what a wonderful surprise for this adorable family.

Please share with your friends and family and help lift their spirits today.