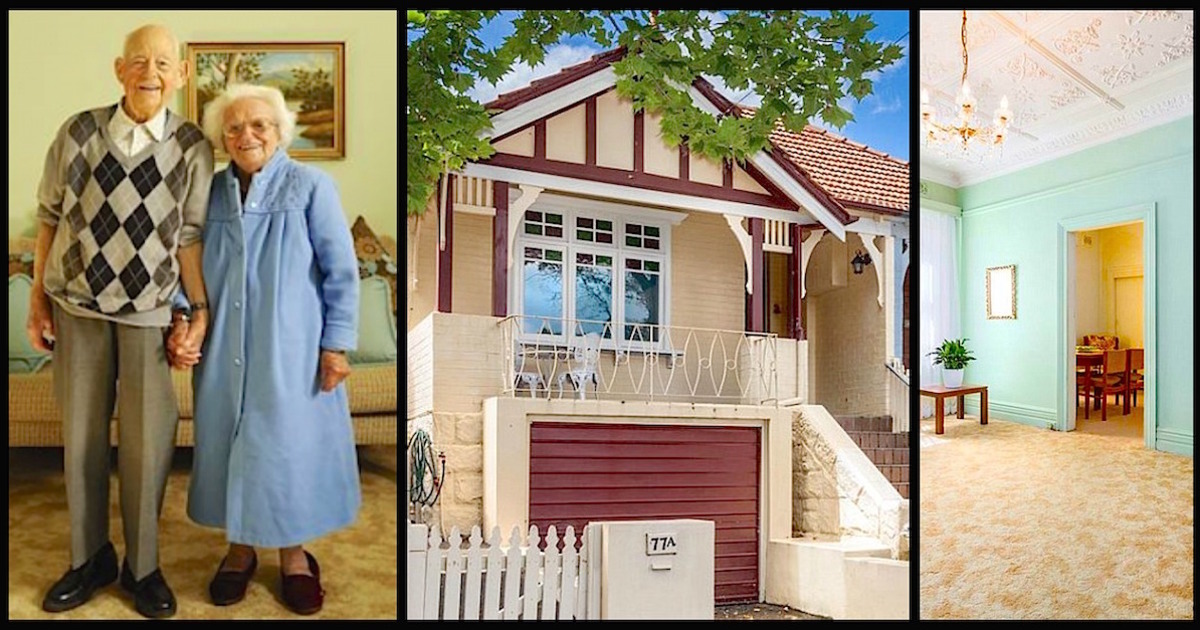 When Tom and Jean Cheetham put their house on the market in 2014, the Cheethams, who were 103 and 100 respectively at the time, had no idea that their house would make such a splash on the Sydney, Australia housing market. But it’s not everyday a house has waited since 1938 to go on the market, and even rarer still for that house to come up for sale looking exactly the way it did 76 years ago.

Scroll down to go back in time and see how the Cheetham’s house looked from 1938-2014. It’s a timeless classic and this couple, who are also Australia’s oldest couple, deserve praise for knowing a good thing when they see it and not changing renovating it!

Australian couple Tom and Jean Cheetham were married in 1938. They bought a house in Sydney that same year. And although the life-long sweethearts witnessed a world of changes in their time in that house, the house itself stayed exactly the same.

The semi-detached residence, which the couple put on the market in 2014, shocked potential buyers who looked into this “time warp home” and saw the year 1938 inside. The home had never been renovated and the rooms were kept in their original state.

The Cheethams took out a mortgage to buy the house and took 20-30 years to pay it back. But after that, they lived mortgage-free for another 50 years or so!

As Jean grew frail, Tom took on the gardening and housework. And later, the couple moved into a retirement home and leaving their beloved home.

While many people looked at the house with an eye to buy it, some came out of curiosity. Unrenovated houses in the neighborhood are few and far between.

The only changes the Cheethams made were to put a garage under the front of the house and fill in a veranda. In the backyard, the couple added a woodshed. Not many projects for 76 years!

When the house went on auction in 2014, flocks of people showed up. And after 22 bids, the house sold to an anonymous woman for $1.6 million.

Click here to see pictures of the amazing house.

Aren’t Jean and Tom an amazing couple with a wonderful house? I’m glad they had the confidence to never change their perfect house! Share if you agree!