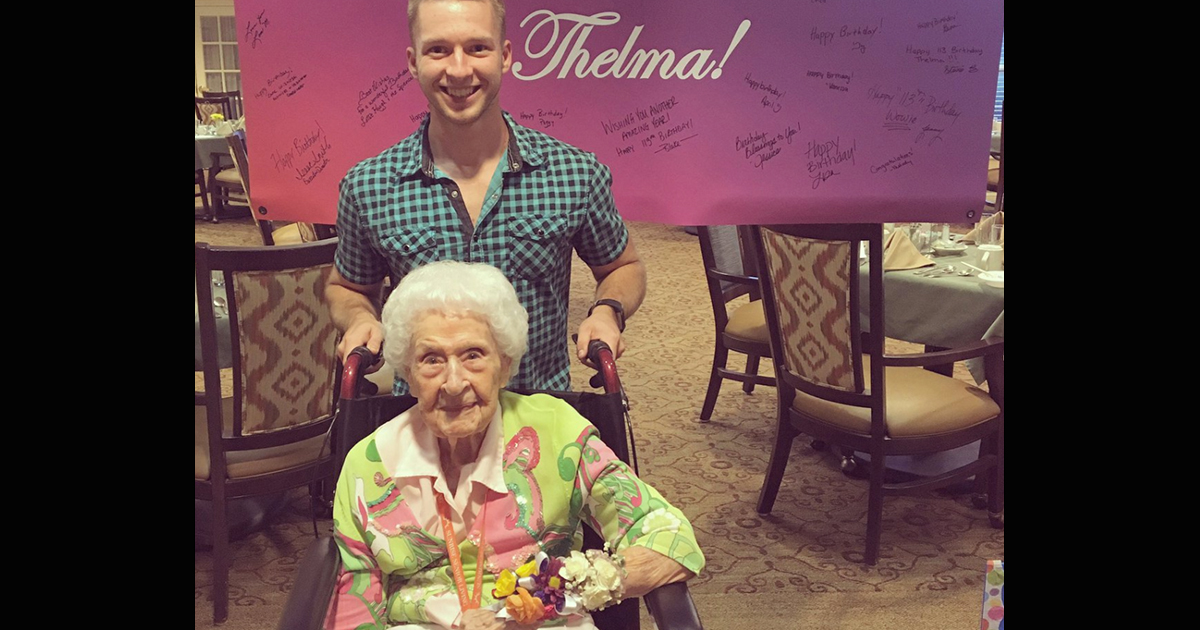 For the majority of people, living past 100 is an unlikely goal. Not so for Thelma Sutcliffe, the oldest Nebraska on record, who celebrated her 114th birthday yesterday!

Yes, you read that right. 114! As per reports, Thelma was born on October 1, 1906, in what used to be called Benson, Nebraska. She’s now become the fourth-oldest living American and the 11th-oldest person in the world!

As you can imagine, then, she’s deserved of a birthday celebration, even in the current climate. Reports state that she had planned to mark her 114th birthday with a small, social distanced party in the Brighton Gardens assisted living facility where she resides.

“With COVID, we can’t do all the fun visits, (but) we’ll have flowers, balloons and cake.”

As one can imagine, Thelma has seen and done a lot in her long life. She worked for the War Department during World War II, and married in 1924 at age 17.

Thelma has a 93-year-old nephew, the Rev. Warren Sorenson of Sun City, Arizona, who usually travels to Omaha to help his aunt celebrate his birthday. This year that won’t be possible due to the ongoing COVID-19 pandemic, marking the first time he has missed a visit in more than 20 years.

“During the Depression, our family was extremely poor,” Sorenson said. “Thelma’s husband, Bill, worked for the (U.S.) Post Office, so they were better off. I remember her bringing over presents, not just for Christmas, but anytime, for myself, my two brothers and my sister. I would go to war for her because of what she did for us.”

Reports state that longevity runs in Thelma’s family. Her sister – and Sorenson’s mom – died at 106, just before her 107th birthday. Thelma, meanwhile, who has survived two bouts of breast cancer, has trouble seeing and hearing.

“My aunt has never been one who wants the fanfare and notoriety on her birthday,” Sorenson said. “She would rather just have her birthday and leave the rest of the elaborate celebration alone.”

The very happiest of birthdays to Thelma Sutcliffe! Here’s to many more.