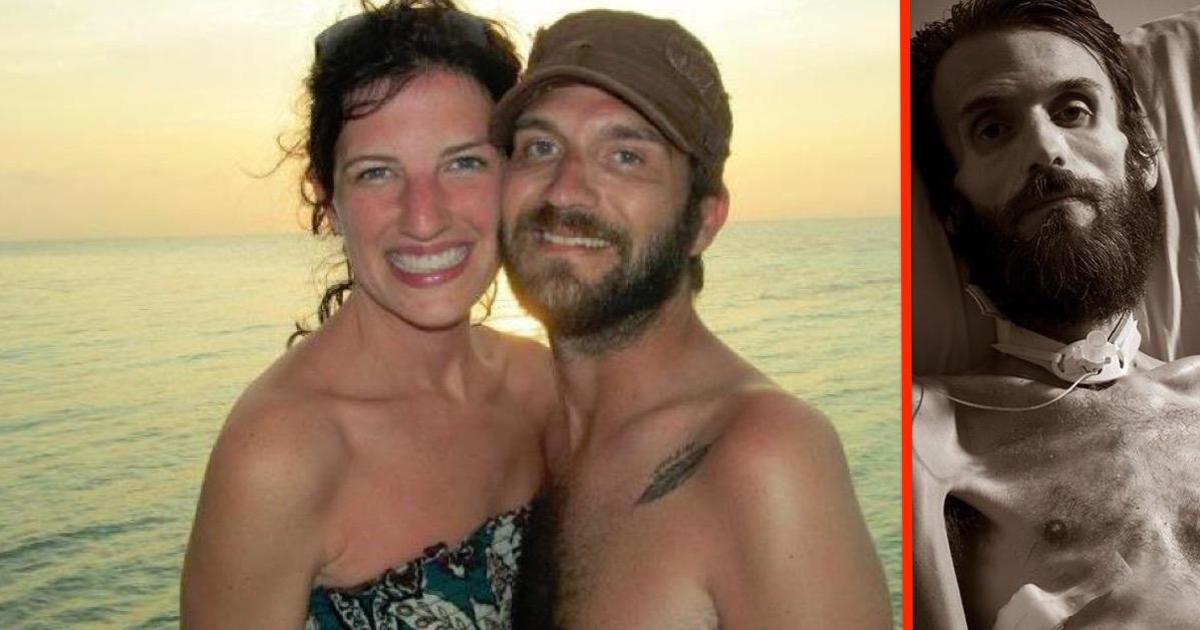 True love can be compared to ghosts, many have heard of them but few have actually seen any.

Steve and Hope Dezember are definitely two of these lucky few. And I’m not talking about seeing ghosts.

As early as their first date, Steve and Hope knew they were made for each other.

Steve had prepared a candlelit dinner, accompanied by a delicious home cooked meal. He’d even set up romantic music to play in the background.

On that winter day in early 2011, Hope fell ‘hope-lessly’ in love with Steve right there and then.

Apart from their instant infatuation, there was something else that Hope didn’t forget from that night.

She noticed how he was struggling to open a bottle and was trembling badly, to the point that the bottle slipped from his grasp and dropped to the floor.

Steve had experienced similar episodes prior to his date with Hope. He had seen seven different doctors to find out what was causing his strange symptoms, but no doctor seemed able to diagnose him.

At the young age of 28, doctors discovered that he was suffering from a chronic disease with no cure: Amyotrophic Lateral Sclerosis, commonly known as ALS or Lou Gehrig’s disease.

What causes ALS is still unknown, but the side effects are horrible. Since the nerves that control the body’s muscles are under attack, they cause the person suffering from the disease to gradually lose the ability to speak, walk and move.

The direct cause of death is often due to shortage of breath or heart failure.

Although there are exceptions, half of patients diagnosed with ALS die within 3 years and another 25 percent are predicted to die within 5 years after their first symptoms.

But just two days after being diagnosed, Steve decided that he had no time to lose.

He took Hope out for a walk and told her about the diagnosis and explained his situation. He told her that she should not feel obliged in any way to stay with him.

Hope didn’t have to think twice about what she wanted to do. She immediately told him “I’m not going anywhere.”

Just two months later, they were walking down the aisle together.

The young couple decided they wanted to make the most of the time they had left together. In 2012, in what was the perfect honeymoon, the couple embarked on a long trip across the US.

But as you can imagine, their time together was never carefree. They knew they were heading towards the inevitable.

In January 2013, Steve lost his ability to speak.

In the months that followed, he lost over 65 pounds. All Hope could do was watch her beloved husband get worse every day that passed.

And worse he did get.

His legs were eventually paralyzed and he was forced to start using a wheelchair.

Their extended travels had to come to an end and the couple returned to their home in Georgia.

Steve’s appearance continued to change radically. He became terribly thin and refused to cut his hair or shave.

“When I look at him, I think he is as handsome as ever. He is still gorgeous. He doesn’t shave anymore, but I like it,” Hope said on a post on her Facebook page.

At that time, Steve could only get around with the help of an electric wheelchair.

ALS may have paralyzed Steve’s entire body but it didn’t paralyze his mind or spirit.

Hope has chosen to resign from her job as a therapist to stay home and take care of her husband full-time.

The couple have together founded ‘Drive’, a project in which Steve can continue his hobby of painting while funding his medical bills by selling his paintings.

You might ask yourself how he is able to paint. It’s exactly the unique way he paints that makes his art so unique.

The name ‘Drive’ comes from the fact that Steve uses his wheelchair as a paint brush, driving over paint and then on a canvas to create amazing art.

Steve’s situation is anything but easy, but nevertheless, he fights every day to stay alive in the hope that a cure for ALS can be found.

The couple also try to live their lives to the fullest and cherish every second together because they know how fast things can change.

On the Facebook page “Hope for Steve”, you can follow the couple’s journey fighting this terrible disease. A journey which is filled with joy, sorrow and most importantly, love.

Although Hope will probably someday be forced to say goodbye to her beloved husband, I still think that we can all be inspired by their history.

For true love is like a circle and circles have no end.

Please take care of each other and dont forget to tell your loved ones how much they mean to you today.

Please help share Steve and Hope’s story if you agree this is what true love looks like.