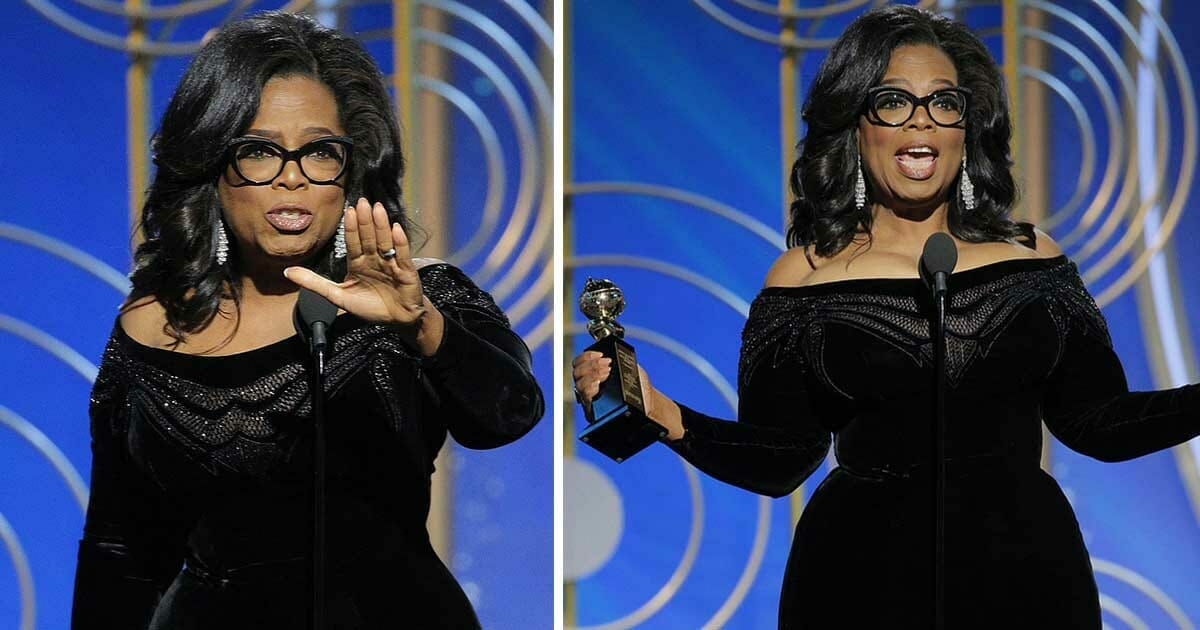 Last night, history was written during the Golden Globe Awards. Host Oprah Winfrey was awared the Cecil B. DeMille Award in front of the whole of Hollywood, becoming the first black woman to be honored with the award.

Of course she had an acceptance speech ready, but nobody was prepared for Oprah to have the whole of Hollywood jumping to their feet at what she had to say.

During her many years at the healm of America’s biggest talk show, Oprah Winfrey has become one of the world’s most famous women. However, it isn’t her huge TV presence that has made Oprah a superstar, rather her engagement and interest in real peoples’ lives that has helped her dominate the TV- and entertainment world. That’s why she took home the prestigious Cecil B. DeMille Award at the Golden Globe Awards in Los Angeles last night.

When Oprah stepped up to give her acceptance speech, she mesmerized the audience, and it didn’t take long for the speech to spread all over the world. As well as acknowledging the significance of being the first black woman in history to be awarded the prize, Oprah also talked passionately about the #metoo campaign.

“Speaking your truth is the most powerful tool we all have. And I’m especially proud and inspired by all the women who have felt strong enough and empowered enough to speak up and tell their personal stories. Each of us in this room are celebrated because of the stories we tell, and this year we became the story,” Oprah said.

“Nobody should ever have to say ‘Me too’ again”

Oprah told the story of a woman who was kidnapped and raped in Alabama in 1944, and who was threatened with death if she told anyone. She is just one of the many women who has been subjected to this kind of attack, and Oprah is determined to put a stop to it.

“I want all the girls watching here now to know that a new day is on the horizon. And when that new day finally dawns, it will be because of a lot of magnificent women, many of whom are right here in this room tonight, and some pretty phenomenal men, fighting hard to make sure that they become the leaders who take us to the time when nobody ever has to say  ‘Me too’ again.”

After the speech Oprah has been hailed all over the world, and has even been called the ‘next president’ by many.

For a few short minutes, Oprah Winfrey seized Hollywood and the whole world’s attention, and chose to talk about womens’ struggles. For that she deserves all the respect in the world.