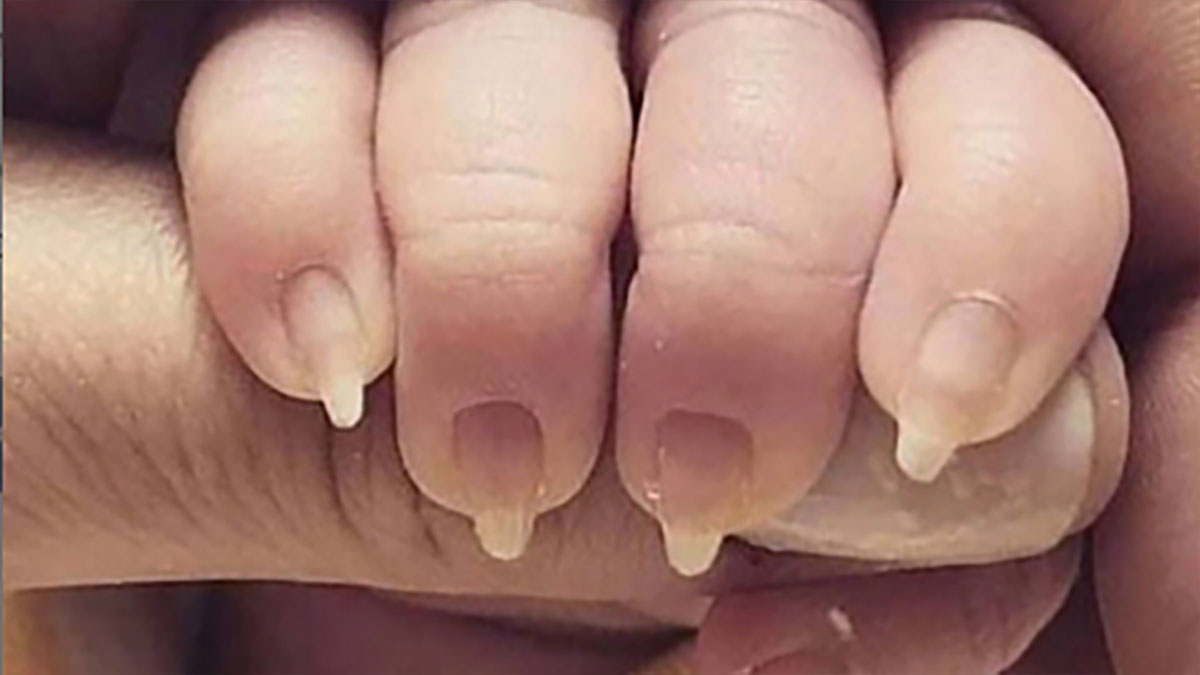 For those of us with children the memories of trimming our baby’s nails can be quite traumatic.

While baby screams you do your best to trim his or her nails fully aware of the potential dangers should any sudden movement occur.

But as scary as this job can be for new parents, we know it’s essential if we’re to prevent our sweet babies from scratching themselves, something many newborns do.

But one parent who shared a picture of her baby’s nails has left hundreds of adults scratching their own heads.

The anonymous woman shared an image of her baby’s newly manicured nails on social media which appear to have been filed into an almond shape.

Outraged parents all over were quick to criticize the move, questioning why any parent would file their baby’s nails into talons.

The picture was then posted onto the subreddit r/Trashy, a site for “trashy stories, trashy glamour, all things fake, plastic and downright trashy” with over 2 million members.

More than 330 people commented on the picture with many predicting how long it would take before this child hurt itself with these very sharp nails.

“Would this count as child abuse or endangerment if the child hurt itself with these nails?” one person said while another pointed out: “It’s technically giving a child several sharp objects.”

Another agreed, adding: “That baby could poke its eyes out, terrible parent.”

While another said: “You are supposed to keep a baby’s nails trimmed so they don’t scratch themselves.”

Some babies are born with long fingernails and can be hard to trim as they squirm and struggle leaving parents with no choice but to put mittens on them.

Thankfully, most parents know not to do this because of the potential dangers.