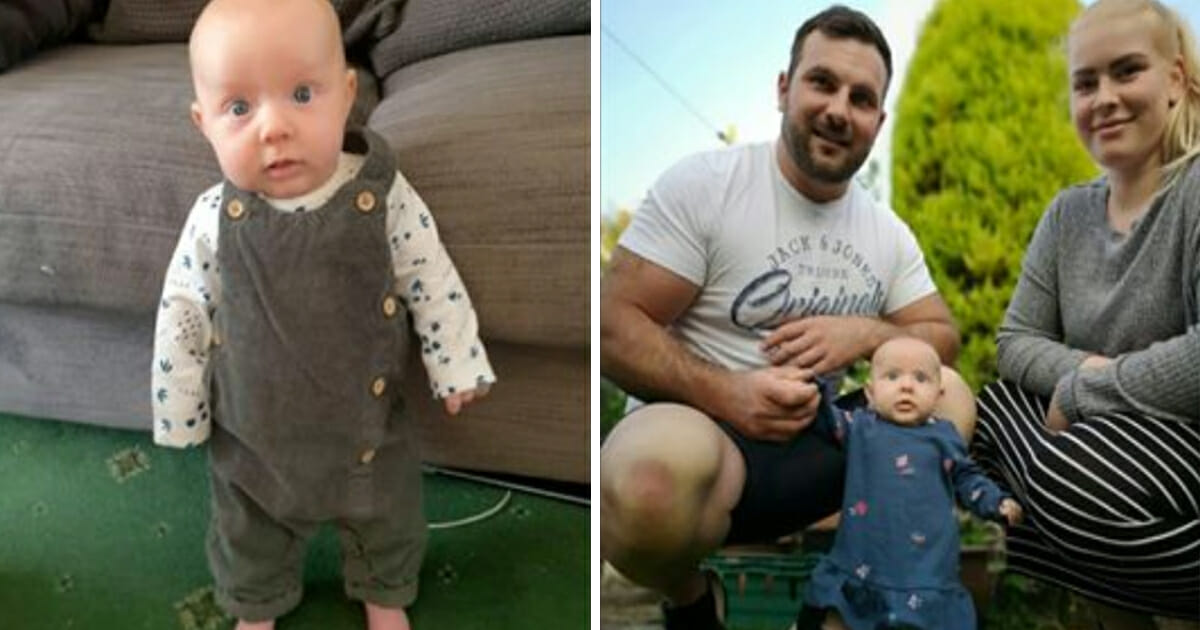 If you’ve spent any amount of time around babies, you’ll know that they’re simply full of surprises.

Yet even so, the parents of baby Lula, from Bristol, UK, found themselves well and truly shocked when she showed them she could stand on her own two feet … aged just eight weeks.

Tezra Finn-Johnston, 31, and his partner Emily Derrick, 23, told how Lula has been strong for her size pretty much from the day she was born.

Lula came into the world on January 31, weighing just 5lbs 9oz. That meant only five percent of other baby girls her age weighed less than she did.

It quickly became apparent, however, that she had no intention of letting that hold her back. It wasn’t long before she could support the weight of her own head and now, at 15 weeks, she can stand unassisted.

Dad Tezra said: “Pretty much from the day we left hospital she was able to support her head a little bit more than we thought she should be able to.

“She was holding it up for a few seconds and that shouldn’t be for a few weeks, but pretty much straight away she was able to do that.

“Then we watched this Babies documentary on Netflix and on there they said babies are inherently programmed to crawl from birth.

“So I put her down on the mat and she was trying to crawl a bit.

“Then I put my arm behind her and she was able to push herself up the mat – propelling herself from my hand with her legs.

“She can also do it lying on her front as well. We noticed that and she was able to do that first time, so that was impressive.”

Tezra also said he enjoys watching strongman competitions, joking that he may have accidentally inspired his little girl by the fact they’ve watched clips on YouTube together.

Mom Emily added: “When I give her rattles and stuff to play with, she doesn’t seem young enough to want them. She just seems a lot older than she actually is. I’m just like, ‘Oh don’t grow up yet!'”

Way to go, little Lula! We’re sure you’ll grow up to be one inspiring woman!