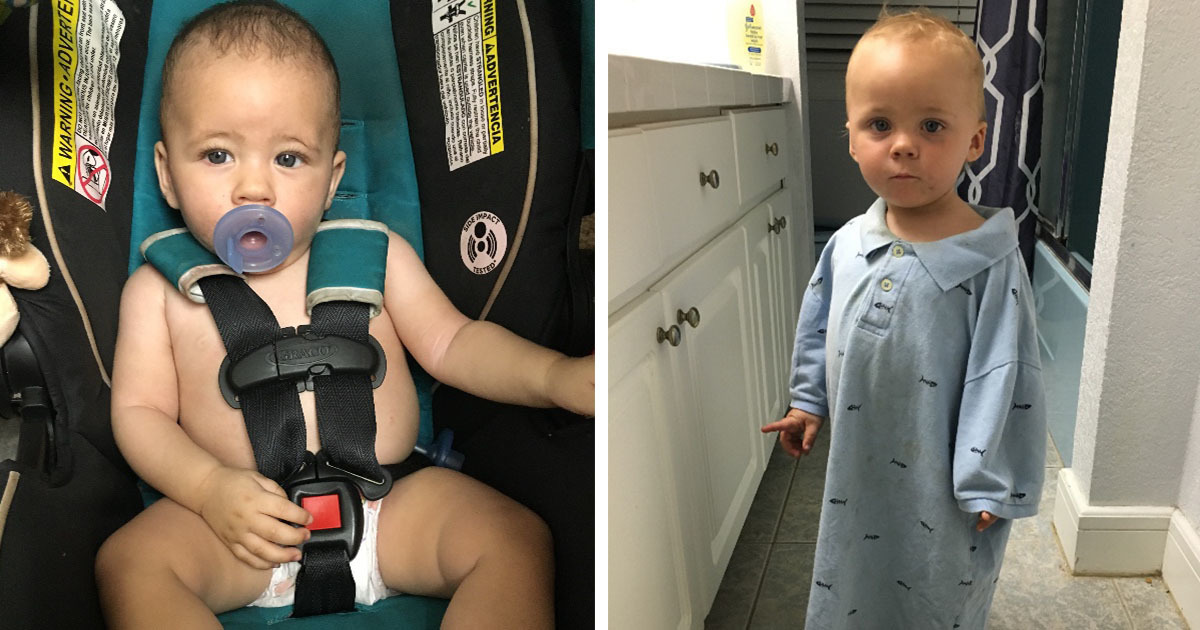 It was in Pasco County, Florida that a man named Mark Purcell made the shocking discovery: two young children sitting on a pile of trash, one just 7-months-old, and the second, just two-years-old.

Both children were dirty, practically naked, wearing just diapers. It was later confirmed that the two babies were brothers and that their family was homeless, living in a tent in the woods.

Local Pastor Ronnie Stewart and his wife Krystal knew the children’s parents, as they often visited their church’s soup kitchen. When Mark approached the pastor with his discovery, Ronnie and his wife instantly decided to take the two little brothers in, clean them up and offer them a warm bed.

But they didn’t anticipate what would happen next.

“We’re walking out of service to our car and the parents approached us with the children and a social worker, and they said ‘would you be willing to temporarily take our children.’ We decided we’re going to do it (…) if not the social worker is gonna have to take the children,” they told Fox13.

What was supposed to be just one night turned to five when the couple made the courageous decision to accept the two little children into their home, despite the fact that they already had 3 children of their own.

The Stewarts knew they wanted to follow their hearts and the biological parents soon signed over custody.

But it didn’t stop there. Initially meant to be temporary, Pastor Ronnie and Krystal soon decided they wanted the brothers to be a permanent part of their family.

“We don’t look at it as we are somebody special, we look at it as they are special, and we’re just excited to be a part of their journey,” they said.

The family aimed to raise 10,000$ in 45 days to help complete the adoption process, and donations came pouring in. Ultimately, they raised over 30,000$!

Have a look at the details in the short video below:

We hope this beautiful family will be an inspiration for all of us with their kind and warm hearts, restoring our faith in humanity. Please share their wonderful story!