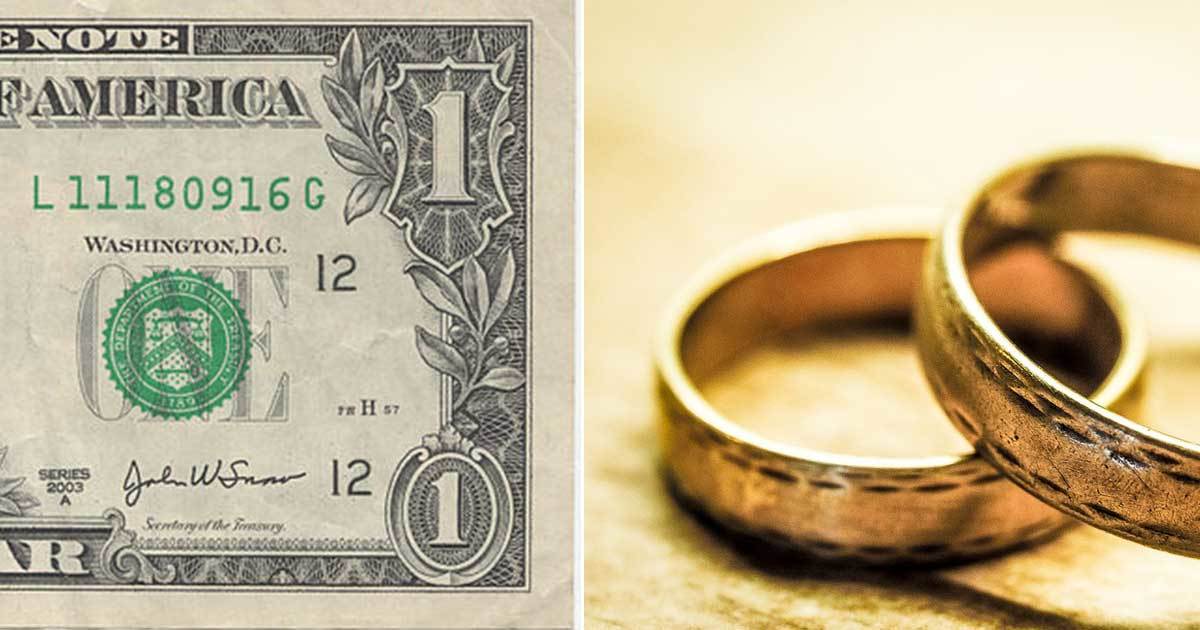 I can’t get over how much I love this story. Based entirely on true facts, the story recently aired on a podcast in the US.

It tells of an incredibly romantic coincidence – the kind you only see in movies.

It all begins with Paul and Esther, who’d recently started dating. For Paul, it was becoming apparent that it was time to discuss going “exclusive” with Esther, who he was falling for more and more.

But just before he was about to discuss that question with her, he went into his diner for a quick bite.

The rest is history.

At the time this next love story takes place, Paul Grachan from Arlington Heights, Chicago, had just started dating a woman named Esther. They’d been out about eight times.

Paul thought it was time to get exclusive, but just before his plans to discuss that with her, he went into his usual deli and ordered a sandwich.

“The sandwhich cost $6 or something like that. I pulled out a $5 from my wallet and I pulled out the couple bucks’ change that I had gotten from the store before, handed the clerk one of the ones. And then I looked at it and I pulled it back,” Paul told podcast ‘My American Life’ on which the story aired.

Written on the dollar, in pencil, was “Esther.”

Dumbfounded, Paul decided to hang on to the very particular bill. Not only that, he decided, in light of his recent decision, that he would make it into a cute gift for Esther. So he bought a gold frame and stuck the unique bill in it.

But when he gave it to her later, he didn’t get the reaction he expected. She looked shocked. But all she said was: “Remind me to tell you something later.”

The two love birds continued to date, get engaged, and at last married. The strange bill was soon forgotten.

A couple of years later, as they were moving into their new place, Paul rediscovered that special gold frame with the bill in at the bottom of a moving box, and remembered that he’d never quite gotten the story about it. So he inquired…

But upon hearing Esther’s response, he was shocked.

“When I was 19, I was a cashier working in a copy shop in downtown Chicago,” she told him. “And I was dating someone and I just wasn’t happy with him. And I just thought, how do people know who the right person that they’re meant to be with– how do they know who that is?

Esther knew, the moment she saw the bill, that Paul would be her husband!

Now, the bill sits in that very same frame on their dresser. Paul looks at it every day that he wakes up. Sometimes, he reminds her that they have it, when she’s upset at him or angry.

“I’m like, why? I know I’m stuck with you. You got this dollar bill,” says Esther.

Paul and Esther Grachan have been married for 18 years.

What a story! This really made me believe in love and fate! Share this beautiful heartwarming story if it made you believe in it too.