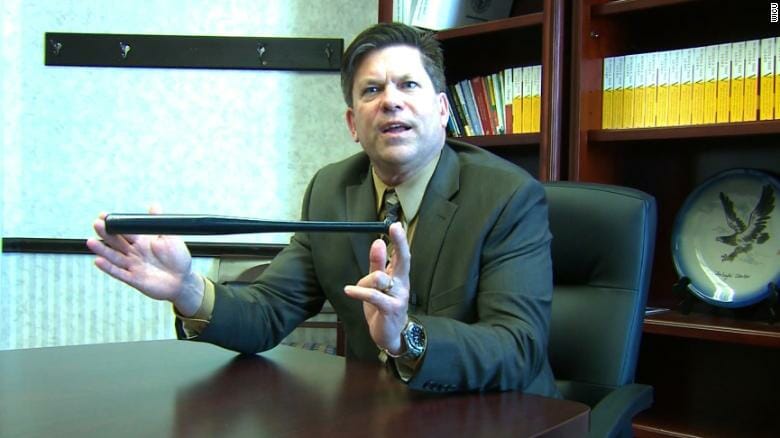 In the aftermath of the shooting in Parkland, Florida, schools across the country are rethinking their safety plans. And one school district that has raised eyebrows for its new plan is Millcreek Township School District in suburban Erie, Pennsylvania.

The district’s plan calls for a lot of changes and recommendations, but it’s one in particular that’s caught all the attention: the is handing out miniature wooden baseball bats to all 500 of its teachers to be used in the event of an active shooter.

According to school district superintendent William Hall, the bats “could be used as a tool against an active shooter just like any other item in the immediate room.”  He added that they would be locked in the classroom and would only “be used/available in a hard lockdown situation.”

Needless to say, the plan has provoked some strong reactions online.

Many commenters left comments on the district’s Facebook page, with one writing, “Just saw the news release about the mini baseball bats, congratulations, your district is now the laughing stock of the entire country! What’s a teacher gonna do, use their mini baseball bat like a light saber to deflect bullets back at a potential gunman??? Your superintendent should be fired…”

And they also hurled a lot of abuse at the superintendent, which we won’t repeat here.

The bats are part of a plan the district is calling T.R.O.J.A.N., or “threat assessment, run, obstruct and barricade, join forces, attack, and never give up.”

After all of the attention the bats received online, superintendent Hall tried to clarify the idea behind the bats in an online message.

He wrote that the bats “were distributed to our teaching staff as a symbolic reminder of the district’s change in its current response from shelter in place (hide) to now include the options of running and/or fighting back.” He then added, “It is not the primary deterrent, but rather it is something that may be used in an emergency situation, and symbolizes our intent to take an active approach to defending our students and staff under threat.”

What do you think? Will the baseball bats keep the school district safer on not? And how would you make schools safer for our kids? Let us know in the comments section and share this article with your friends so they can weigh in, too.