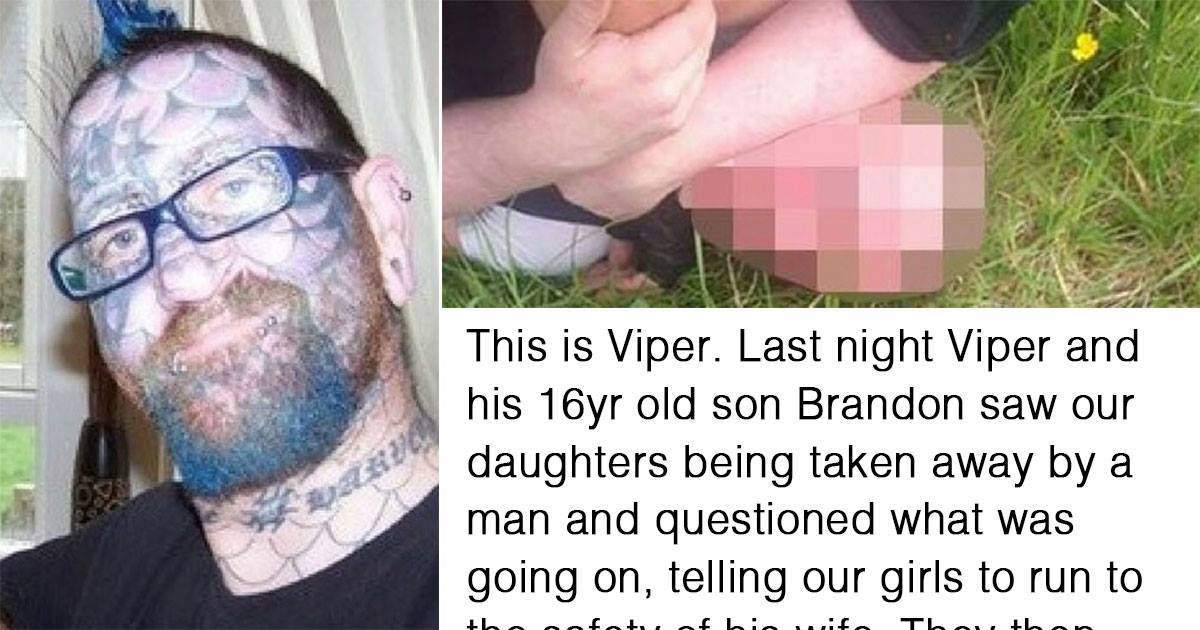 Every parent tells their children not to talk to strangers, whether they offer them candy or are walking cute little puppies. And although it seems like children only get lured by kind-looking kidnappers in the movies, it does actually happen sometimes.

Recently, “Viper” McDonald was in the park with his son when he saw something that other people might might not have noticed.

But Viper, on the other hand, is hard to forget. His face is covered with tattoos, and while he might look a little scary on the outside, I guarantee that in this case, looks are deceiving.

Viper was in a park in Falkirk, Scotland, where he lives, when he recognized two girls that lived near him and his son, Brandon.

Soon, a man who was around 50 years old came cycling through the park. When he reached the girls, he stopped. And after a short chat, the girls started following the man toward a wooded area.

Viper realized that someone was off and rushed to rescue, writes The Daily Mail.

Viper apprehended the man and told the girls to run to his wife, who was still in the park. Then, he held the man while his family called the police.

To trick the girls, the man said he had lost his jacket and asked the girls for help him to find it.

But thanks to Viper’s quick thinking, the monster was arrested and brought to justice.

While one of the girl’s mother expressed her anger toward the man who tried to fool the girls, the other mother chose to draw attention to Viper and honor him as the hero he is.

“This is the people you should be sharing and talking about not the beast that’s currently in a jail cell!! People who put the safety of their community first and aren’t afraid to question a situation that looks wrong,” she wrote on her Facebook page.

Never judge a book by its cover, as they say.

Please share this story if you also think that Viper is a fine example of humanity.

He might look a little different, but it’s the inside that matters.